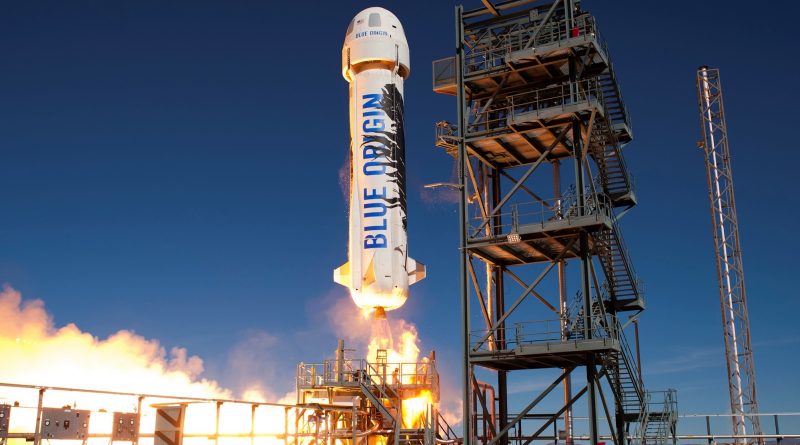 Three pathfinder payloads will fly on Blue Origin’s upcoming New Shepard test flight to study different physical processes in microgravity during the ten-minute flight to the edge of space.

New Shepard is set for liftoff from its West Texas launch site on Sunday, conducting a test flight that continues to push the envelope of the company’s launch system.

Sunday’s flight is the fourth of this particular Propulsion Module and Crew Capsule in Blue Origin’s continued testing campaign to certify the system for crewed missions which includes flying corner case missions to fully demonstrate the capabilities of the re-usable launch system. In this upcoming flight, the Crew Capsule will attempt a landing with one of its three parachutes disabled and the Propulsion Module is set for a more aggressive landing maneuver with high tilt angles as it homes in for touchdown under the power of its single BE-3 engine.


Aboard the Crew Capsule will be three scientific payloads flown as pathfinders for future science missions of New Shepard that will be carried out in parallel with crewed missions.

The School of Aeronautics and Astronautics of Purdue University is sending a fluid physics experiment up on New Shepard that has shown successful results in a study conducted on the International Space Station.

An advanced version of that original study, known as Three-Dimensional Critical Wetting Experiment in Microgravity, looks at a two-phase system of a gas and a liquid as found in a propellant tank of a launch vehicle or spacecraft in microgravity.

In microgravity conditions, capillary reactions or ‘wicking’ are dominant forces acting on the liquid causing the liquid to settle in one place in a container or move to another place.

While the ISS experiment used a cylindrical container with a vane in it to disturb the liquid, the advanced study makes use of a spherical container 12.5 centimeters in diameter. The liquid will be released once in microgravity and two rotating vane structures of different thicknesses will engage in interaction with the liquid phase.

Two video cameras will record the behavior of the fluid with special focus on the gap between the vanes and the tank wall to be able to assess the effects of vane thickness, vane width, contact angle, and the non-circular shape of the vane on the fluid.

Data from this experiment will feed into numerical models predicting the behavior of this type of two-phase system. Developing accurate models for this system is of utmost importance for future space propulsion systems as well as life support systems.

The ‘Effective Interfacial Tension Induced Convection Experiment’ of Louisiana State University tests a fundamental physical theory stating that fluid motion can be observed in two miscible fluids wherein thermal gradients are present. However, this process is masked by the influence of gravity when conducting experimentation on Earth.

Earth-based experiments with immiscible fluids have shown that a temperature gradient at the fluid interface creates an observable fluid flow. A similar, but transient flow is expected at the interface of two miscible fluids, though this weak effect has never been observed due to interference by buoyancy-driven convection.

The EITIC experiment hosts a pair of cuvettes filled with a mixture of Isobutyric Acid and water which is immiscible at temperatures below 26.3°C, making it possible to create a miscible system at the most opportune time by raising the system’s temperature.

Both of the 1-centimeter cuvettes are monitored side-on by 50mm digital video cameras and a pair of diode lasers deliver illumination fed through cylindrical lenses to create sheets of light permitting a two-dimensional analysis of fluid flow. The flow phenomena will be made visible through the use of reflective nickel-coated micro-spheres designed to accumulate at the interface between the two phases.

The cuvettes will be kept at 25°C prior to launch and during ascent and heaters installed on one face of the cuvettes will kick in as soon as the onset of microgravity is detected. Heating the fluid from one side provides the temperature increase needed to make the mixture miscible and creates the necessary temperature gradient to initiate the fluid flow on the interface. Thermal sensors are in place on both sides of the cuvettes to quantify the thermal gradients.

MEDEA – Microgravity Experiment on Dust Environments in Astrophysics – is a Germany study from the University of Braunschweig, examining how planets may form through low-speed collisions of dust particles.

Low-speed collisions of dust grains and dust aggregation are believed to play an important role in planet formation, starting out with micrometer-sized grains of dust that stick together and initiate the process of dust aggregation.

Earlier research on the Space Shuttle has shown that grains in the relevant size and velocity regime are very sticky and capable of forming fractal aggregates, though to which size was left open in the experimentation.

Studies were carried out by a German team in a drop tower offering nine seconds of microgravity time, allowing for an assessment of the influence of the mass and porosities of collision partners as well as their collision velocity.

Data collected in these studies was fed into numerical simulations which showed that aggregates grow to a certain size before growth stalls out and further collisions lead to bouncing.

The three enclosures facilitate particles of different sizes and porosities with each tube containing up to 800 grains.

Each of the three pathfinder studies will enjoy four to five minutes of high-quality microgravity, sufficient for the collection of the desired data sets.