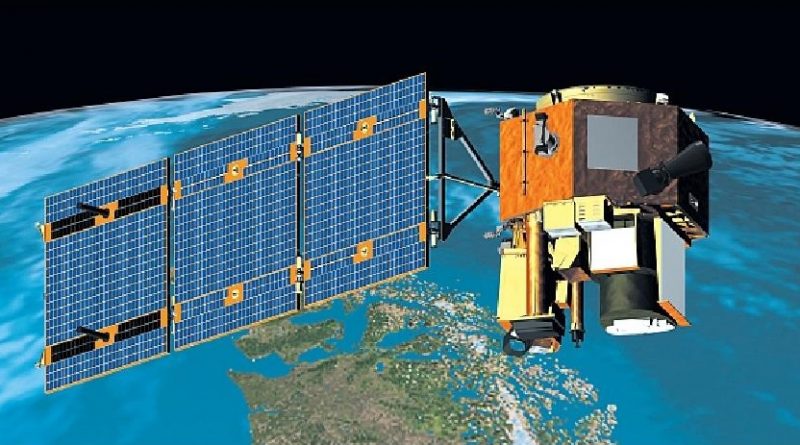 NASA’s Earth Observing-1 mission came to an end this week after over sixteen years of operations, capturing 92,000 images of Earth and furthering science’s understanding of an ever-changing planet. Commissioned on a shoestring budget in the 1990s, EO-1 quickly became known as the ‘Little Satellite That Could’ – outliving its predicted one-year mission life and turning from a technology validation testbed into one of NASA’s most valued orbital observation assets.

The EO-1 mission was developed under the New Millennium Program that operated missions on small budgets for technology demonstrations. The 573-Kilogram satellite blasted off on November 21, 2000 atop a Delta II rocket to set out to demonstrate thirteen new technologies with particular focus on testing instruments for future flagship Earth-observation missions over the course of a short-duration mission envisioned to last one year with a possible half-year extension.


Ultimately, EO-1’s mission would end after 16 years and 4 months, deliver 1,500 research papers and revolutionize the way spectral measurements from space are used to keep constant tabs on Earth.

The satellite validated critical instrument technology that is now flying on NASA’s Landsat program including the Operational Land Imager that builds the main instrument of the Landsat 8 mission to observe forest cover, crops, marine environments and aerosols suspended in the atmosphere. Another instrument on EO-1 that will live on in future missions is Hyperion, the first high-performance hyperspectral imager to fly to space – capturing images in hundreds of wavelength channels to allow scientists to discriminate specific minerals, identify vegetation types and track volcanic activity.

With an orbital repeat cycle between two and five days compared to Landsat’s 16-day repeating pattern, EO-1 also became an operational mission to watch events of interest for disaster relief and to learn about rapidly changing phenomena. EO-1 was one of the first satellites to capture overhead views of the scene in Manhattan after the September 11 attacks on the World Trade Center. The satellite also observed flooding after Hurricane Katrina, volcanic eruptions across the globe, a large toxic spill in Hungary back in 2010 and the large Methane leak in California that made the news in 2015.


To the day of its end, EO-1 remained a technology leader. The Advanced Line Imager matches the capabilities of the latest iteration of the instrument flown on Landsat-8 and the 196-channel Hyperion allowed scientists to detect the fingerprints of different materials at a much higher spectral resolution than other land imaging instruments. EO-1’s long mission established a record of plant growth over time, enabling insight into biological processes and external factors that influence the population of a particular species over longer time scales, helping in the improvement of agricultural techniques to increase yields.

The value of Hyperion’s measurements was widely recognized and Hyperspectral-imaging has become a critical part of ecosystems research with efforts underway to miniaturize the technology to fit on smaller satellites to establish constellations of Hyperspectral instruments to capture frequent data for time-series studies. Hyperion was the first instrument to characterize the temperature of lava flows and forest fires of space, the first to map fire fuel sources, and the first to discriminate living from dead biomass.

In its role as a testbed, EO-1 also became a trailblazer for artificial intelligence software, test driving the Autonomous Sciencecraft Experiment software developed by NASA’s Jet Propulsion Laboratory to allow the satellite to make decisions based on the data it collects.

The software cut the number of commands needed to capture images and also implemented a smart logic to capture data of areas of interest without repeat input from the ground. If an imaging command was tied to a goal, e.g. ‘image volcano X,’ the satellite would automatically capture images of the target volcano whenever passing overhead, lessening the amount of image sequence planning required to capture data on a given target.

Taking AI to the next level, EO-1 became part of NASA’s Sensor Web pathfinder architecture in which a satellite, if viewing an interesting scene, can alert other satellites within the network to also collect data on their passes over the location, cutting delays that would come if teams on the ground had to manually coordinate and plan observations. The automation principles of SensorWeb are now slowly being implemented by international partners under the Committee on Earth Observation Satellites.

EO-1 was also part of a demonstration of formation flying, shadowing the Landsat-7 satellite at a distance of only one minute (450 Kilometers) for a side-by-side comparison of imagery of Landsat’s operational imager and EO-1’s Advanced Line Imager. This type of formation flying is currently used by the A Train of satellites that host different Earth observation instruments and fly with a spacing of a few seconds to a few minutes to capture near-simultaneous observations.

In addition to its accomplishments in science, EO-1 was also a milestone for satellite technology, becoming the first to use an electronically steerable X-band antenna for more data downlink volume, the first to employ a high-data rate solid state recorder, the first to employ a shape-memory alloy for its deploying elements and the first to use a carbon-carbon element to build the satellite’s structural backbone while also serving as thermal radiator. These elements have become part of the standard repertoire of satellite builders over the last two decades, in part due to EO-1’s excellent in-orbit performance, shaping the future of Earth observation missions for years to come.

Having outlived its expected one-year mission life, EO-1 continued regular operations through 2011 when it hit critical fuel levels and suspended orbital maintenance, beginning a slow decline in orbital altitude. A small fuel reserve was used for debris avoidance maneuvers, but without orbital maintenance, the satellite’s instruments would eventually become inoperable as their optical systems are designed for a narrow altitude range.

The official end of the EO-1 Mission was marked on Thursday, March 30 when the satellite was transitioned into a permanently safed configuration with fully emptied propellant tanks and drained batteries. NASA forecasts the satellite’s re-entry for 2056 give or take a decade due to atmospheric uncertainty.

Even though EO-1 is no longer in operation, its legacy will live on in satellites systems and instruments for many years to come. Additionally, NASA is working to process 200 terabytes of data from the Hyperion instrument to generate a mapped grid that will be made available to the public as a record of land-based and coastal-changes over a 17-year period. This data will also help calibrate the instruments of future observation missions.