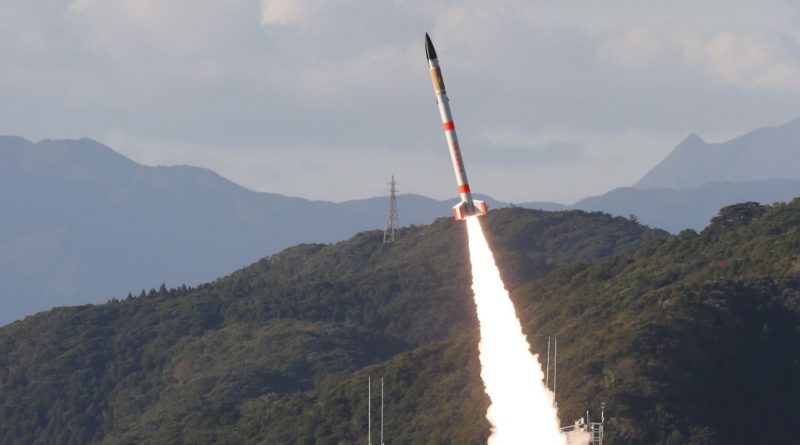 The Japan Aerospace Exploration Agency will make a second run at launching a modified Sounding Rocket turned orbital launch vehicle later this year following up on a similar mission that ended in failure back in January.

Reports appearing in Japanese press indicate JAXA and its private partners committed to ironing out deficiencies found after January’s failure and building a replacement rocket for liftoff before the end of 2017.

SS-520-4 – a three-stage rocket based on an existing sub-orbital sounding rocket design – blasted off from the Uchinoura Space Center on January 15, aspiring to become the world’s smallest orbital launch vehicle, placing a 3-Kilogram CubeSat into orbit. The 9.5-meter tall rocket quickly vanished from view after its Sunday morning blastoff, but unfortunately, all telemetry from the ascending vehicle also disappeared only seconds into what was planned to be a four-and-a-half-minute climb into orbit.

The experimental mission was set up to include a safe abort point after the half-minute burn of the rocket’s first stage by programming the rocket to only ignite its second stage if a permission command is sent from the ground. This command was withheld after the loss of all data to ensure the mission ended in a safe fashion by having the rocket splash down in a secured area of the Pacific Ocean, downrange from the Uchinoura launch base on the island of Kyushu.


SS-520-4 was developed by JAXA to act as a pathfinder for a future Small Satellite Launch Vehicle, conducting a data-gathering exercise to validate the approach of using low-cost sounding rocket technology and simplified launch procedures for a future operational vehicle capable of placing small satellites into orbit.

In the immediate aftermath of the failure, engineers were rather puzzled by the abrupt loss of all telemetry data 20.4 seconds into the planned 31.7-second firing of the rocket’s first stage. A sudden catastrophic failure could be ruled out as radars showed the rocket continuing with its first stage burn and then executing pre-programmed events including separation of the payload fairing and the release of the TRICOM-1 CubeSat which then started transmitting signals received by ground stations until the satellite slammed into the ocean.

More careful analysis of telemetry data and reviews of the SS-520-4 design provided some pointers toward a probable root cause within the wiring system of the rocket. Piecing together telemetry data gathered around the time of the data loss, engineers identified an abnormal output from a strain gauge on the second stage with an abrupt jump in output at T+20.020 seconds, 0.4 seconds before the loss of data first occurred.

At T+20.426, telemetry data from the vehicle became intermittent with ten drop-outs of around three milliseconds before telemetry data completely dropped out at T+20.446 and the carrier signal from the rocket went silent at T+20.572.

According to radar data, SS-520-4 reached a peak altitude of 190 Kilometers at a ground speed of 918 meters per second, indicating that the first stage had delivered a nominal performance.

The suspect sensor reading and the way telemetry became intermittent suggested a possible electrical fault to engineers and some experimentation was conducted to determine what types of electrical problems could cause such a signature. It became clear that a short circuit anywhere in the electrical system could lead to telemetry dropping out in this fashion.

A wire duct on the rocket’s second stage quickly became the focus of attention as one of the most vulnerable areas where a short could occur. The simplistic design of SS-520-4 called for a bundle of more than a dozen cables to be routed on the exterior of the second stage’s motor case to provide electrical and data connectivity between the batteries and control equipment on the upper stage and the first stage.

The wires were routed in and out of the rocket through simple cut-outs on the rocket’s second and third stage shells, running in an S-turn. A possible weak spot was identified on the Stage 2/3 cutout with a possible friction point between the cable bundle and the aluminum metal of the outer vehicle shell.

Although the wire bundle was protected by a fiberglass tape, a working theory was developed that mechanical friction caused the tape & wire insulation coating to be abraded leading to the bare metal wire touching the conductive aluminum structure, causing a short circuit between the wire & grounded structure that generated a transient current in excess of 40A.

To verify their theory, engineers rigged up a device with a tensioned wire over an aluminum wedge subjected to vibration similar to that experienced during launch. Engineers had their ‘Eureka’ moment when an electric arc sparked between the 28V wire and aluminum block. Tests at different vibration frequencies showed that it only took between 20 and 30 seconds to abrade the ETFE wire insulator to cause the short, matching the timeline seen on the ill-fated mission of the SS-520-4.

Improvements to the cable routing on the SS-520-4 rocket are fairly straightforward to ensure the bundle has the appropriate protection to withstand the vibration environment experienced during flight.

Initially, SS-520-4 was advertised as a one-off experimental project, but JAXA permitted a re-flight effort to move forward with the goal of launching before the end of the year. The re-flight project is expected to run between $2.64 and $4.4 million according to a Nikkei report, likely to be split between government and private funding.

Multiple commercial companies have expressed interest in creating a Nano Satellite Launch Vehicle to be offered on the commercial market to satisfy a need for dedicated launch opportunities by small satellite operators to escape the drawbacks of launching as a secondary payload and allow them to set their own schedule and target orbit.

So far, Japanese Nano Satellite Launch Vehicle projects have failed to lift off the drawing board and JAXA hoped SS-520-4 would provide the data needed in the development of an operational vehicle for commercial operation.

A small satellite launch vehicle, capable of placing three CubeSat Units into orbit, is likely to have a market if a launch price of less than $500,000 can be realized. Although the current cost for launching a 3U CubeSat is around $250,000, operators are likely willing to pay more for a dedicated mission.