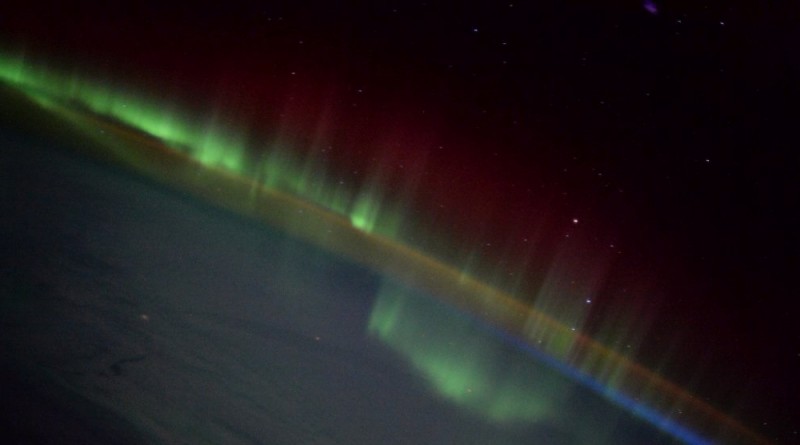 SPHERES – Docking Port Test Run [SPHERES stands for Synchronized Position Hold, Engage, Reorient, Experimental Satellites and involves two satellites that are used inside the space station to provide a miniature testbed to study maneuvering capabilities and spacecraft measurement systems. Students developed the sequences that the two bowling-ball sized microsatellites were put through. These two small satellites are used to study maneuvers in space in miniature inside the ISS.]

Space Automated Bioproduct Laboratory (SABL) Troubleshooting – SABL had to be shut down early in its two-week testing period due to high temperature signatures. The unit was removed from Express Rack 8 and functionality of all fans. SABL is required for the Micro-10 study set for launch on SpX-8. [SABL is a new space life science facility to be deployed on the International Space Station for a wide variety of research ranging from fundamental, applied and commercial space life sciences research to education-based investigations. The Space Automated Bioproduct Lab is an incubator facility to host cell culture and other biological experiments, supporting bacteria, yeast, algae, fungi, viruses, animal cells and tissues and small plant and animal organisms.]

Additive Manufacturing Facility (AMF) Locker Preparation [The Additive Manufacturing Facility is the second 3D Printing device to fly to the International Space Station. The first 3D printer flew to ISS in 2014 for a demonstration mission known as the 3D Printing In Zero-G Technology Demonstration (3-D Printing In Zero-G) experiment. This initial deployment of a 3D printer had the objective of exploring the possibilities of 3D printing in space for application in future Space Station missions and for Deep Space flights as part of a ‘machine shop in space’ allowing for the production of spare parts and other items needed for such missions.]

PZEh-MO-8 Body Mass Measurement (All Crew Members) [Measuring body mass in Zero-G, where matter is weightless, but not massless, is accomplished by measuring the inertial forces that arise during the oscillatory motion of a mass driven by two helical metering springs with known spring constants. By logging the period of each oscillation of the crew member and comparing it to the period of a known mass, the unknown mass can be calculated.]

Robonaut Troubleshooting: Robonaut power-up without controller card to diagnose the cause of the fault in the power supply first seen on March 3.