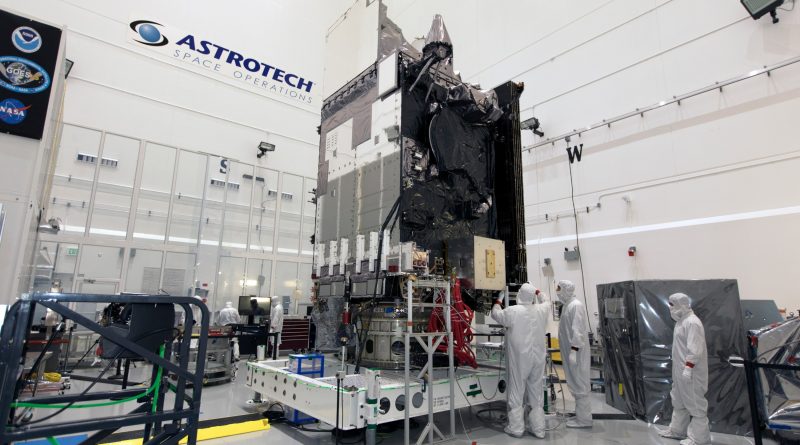 The GOES-S weather satellite arrived at the Kennedy Space Center via Air Force cargo aircraft on December 4, 2017 to enter two and a half months of final pre-launch processing at the Astrotech Facility in Titusville in preparation for a March liftoff atop a ULA Atlas V rocket. GOES-S, functionally identical to GOES-R that launched in 2016, will complete the two-satellite system tasked with monitoring the contiguous United States, the Pacific and Atlantic Oceans where weather systems capable of affecting the U.S. form.