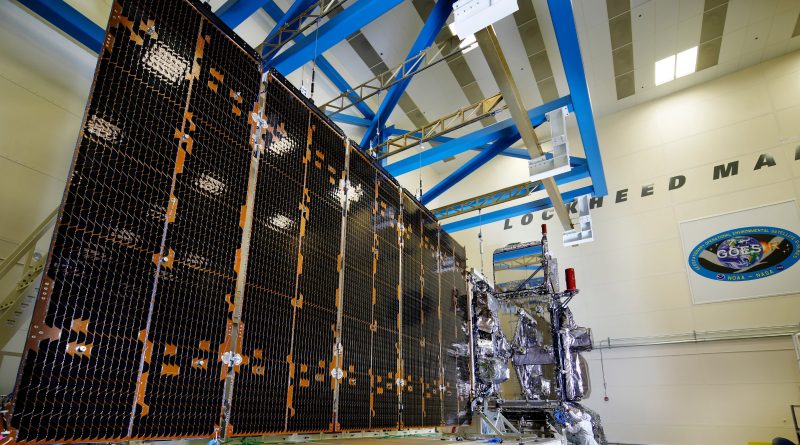 The GOES-S weather satellite, the second in the next generation of U.S. meteorological spacecraft, undergoes final assembly and testing at Lockheed Martin’s facilities before being integrated with its six state-of-the-art instruments that will keep close watch over weather on Earth, developments in the atmosphere, solar activity that can affect space- and airborne assets and space weather capable of affecting satellites operations. GOES-S will join the GOES-R spacecraft that entered regular operation in 2017 to provide complete coverage of the contiguous United States, the Pacific and Atlantic Oceans where weather systems capable of affecting the U.S. form.