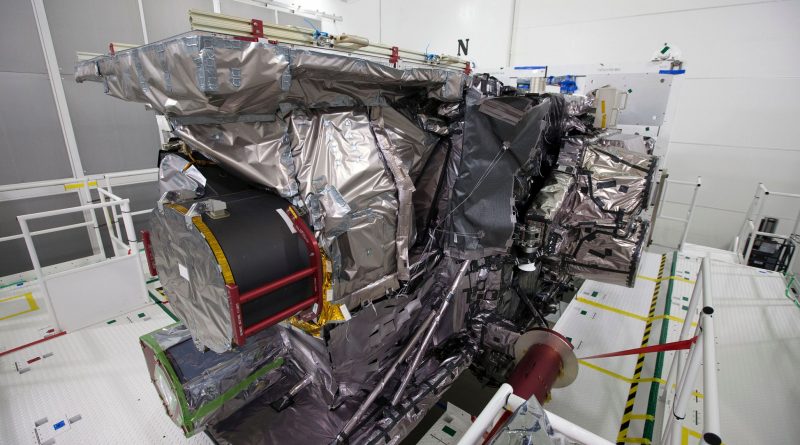 The GOES-R Weather Satellite undergoes final preparations for liftoff, being delivered to Cape Canaveral to be readied for launch atop an Atlas V rocket by finishing outfitting of the large satellite, loading it with propellant for its flight and putting it through final tests before encapsulating the satellite in the protective payload fairing and installing it atop the Atlas V rocket.