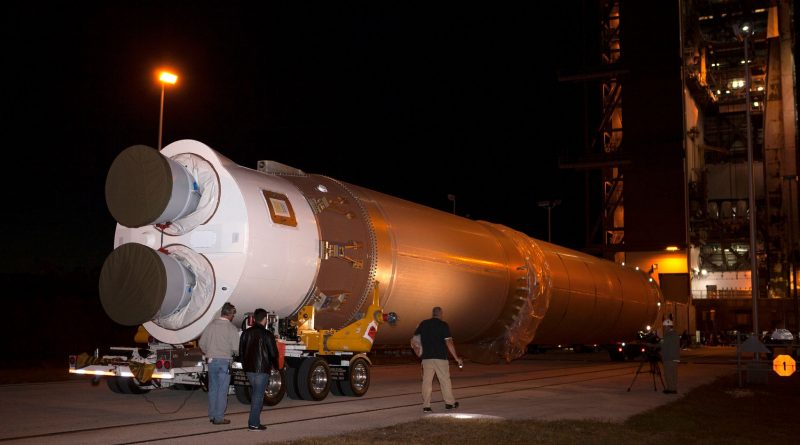 An Atlas V 541 rocket is assembled at Space Launch Complex 41, Cape Canaveral for the launch of the GOES-R weather satellite for NASA and NOAA. The assembly process began with the installation of the 32-meter tall Common Core Booster on the Mobile Launch Platform before the four Solid Rocket Boosters were installed around the first stage before the Centaur Upper Stage, already integrated with its upper & lower adapters, was hoisted atop the stack. Finally, the GOES-R spacecraft, encapsulated in the five-meter payload fairing was installed atop the rocket for final testing ahead of a November 2016 liftoff.