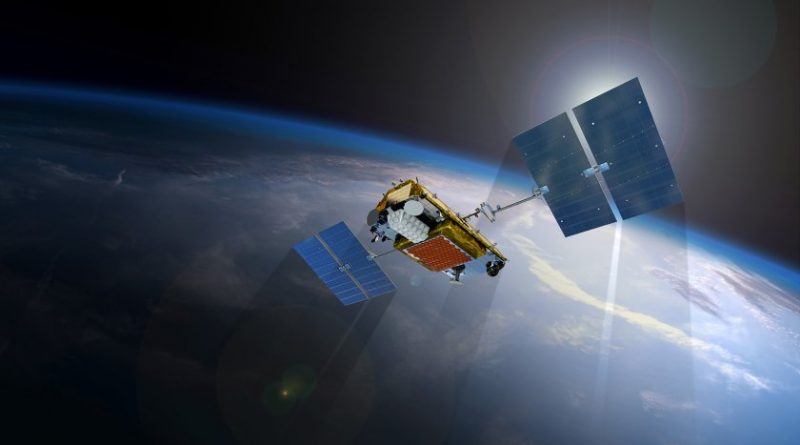 Satellite communications provider Iridium placed eight of its new satellites launched in January into active service after a complex ballet of orbital moves to position the new additions within the 66-satellite constellation while spiraling retiring satellites down from their operational orbits.

Iridium hailed stellar performance of the satellites’ communications packages, clearing the way for the rest of the upgraded satellites to be launched aboard SpaceX Falcon 9 rockets to replace the entire Iridium constellation by mid-2018.

The first batch of ten Iridium-NEXT satellites blasted off from Vandenberg Air Force Base in California on January 14, marking SpaceX’s return to flight mission following a September 2016 explosion of a Falcon 9 rocket atop a Florida launch pad. Falcon 9 dispatched the satellites into a 625-Kilometer orbit to undergo detailed checkouts before joining the operational constellation 780 Kilometers above the planet.


The Iridium constellation comprises 66 operational satellites orbiting in six orbital planes with 11 slots per plane – a complex arrangement that allows every point on Earth to be within the footprint of at least one satellite’s antenna. Communications between two points on Earth are then routed from satellite-to-satellite via inter-satellite communications links to allow for global communications.

With most satellites in orbit since the 1990s and no more in-orbit spares, Iridium was approaching a point where in-orbit failures would have created gaps in communications coverage. January’s successful orbital delivery provided much needed breathing room.

Commissioning of the newly launched satellites in the lower 625km orbit progressed ahead of schedule with demonstrations of the inter-satellite link and the boosted capacity of the new-generation satellites. By March, the first satellites were ready to be phased into the constellation, firing their thrusters to begin shadowing the craft they were intended to replace. In what Iridium calls a ‘slot swap,’ the old satellite was switched off while the replacement immediately activated its communications package to begin carrying voice and data services to accomplish a seamless transition.

The first Iridium-NEXT launch was precisely timed to deliver the satellites into Plane 6 of the constellation and, by April 7, eight of the new satellites had begun service within that plane. The two remaining craft, SV105 and SV108, are being drifted into Plane 5, a process that will take around ten months to complete.

The entire commissioning and slot swapping process has gone off without a hitch, building confidence that Iridium’s planned two-month launch cadence after the second mission can be realistically kept to have the full constellation replaced with Iridium-NEXT spacecraft by mid-2018.


Iridium confirmed the launch date for the second launch from Vandenberg as June 29, already approved by the Western Range. The launch is timed for 20:02 UTC and targets Plane 3 of the Iridium constellation.

Setting up for the delivery of the second batch of satellites, spacecraft will begin shipment from Orbital ATK’s Gilbert, Arizona assembly facility to the Vandenberg launch site in mid-May to undergo fueling before being placed on the two-tier launch adapter. Orbital ATK is managing the Iridium-NEXT assembly line in Arizona in partnership with European satellite designer Thales Alenia Space. Production of all 81 Iridium-NEXT satellites is on track to finish before the year is out.

Iridium originally planned to send 70 satellites into orbit by the end of 2017 atop seven Falcon 9 rockets, however, SpaceX launch delays – exacerbated by last year’s testing mishap – pushed the target into mid-2018. The second Iridium-NEXT launch was expected three months after the first, but Iridium announced in February that the mission would slip from a mid-April target into June due to production issues at SpaceX and a packed launch manifest.

Provided no other issues occur, SpaceX reaffirmed Iridium that launches can take place in August, October and December to have 50 satellites in orbit by the end of the year.

Iridium recently booked an eighth launch with SpaceX, set for 2018 with another five Iridium-NEXT satellites to establish a robust space segment with 66 active spacecraft and nine operational spares ready to move into action at a moment’s notice. The empty slots on the 2018 mission will be occupied by the two GRACE-Follow-On spacecraft supporting a U.S.-German mission to deliver the best maps of Earth’s gravitational field to date.


Setting the first new satellites into active service also marks the beginning of the end of the heritage satellite constellation.

The first of the now disused satellites, Iridium-40 launched on a Delta II in 1997, was the first to go through an elaborate decommissioning sequence that began with a series of braking maneuvers to lower the orbit to 282 by 694 Kilometers which will speed up the satellite’s orbital decay and remove it from orbit within a year of decommissioning. The satellite also emptied its propellant tanks, drained its batteries, opened electrical relays to prevent battery charging and positioned its solar arrays to create the maximum amount of drag to speed up orbital decay.

Iridium plans to drop the oldest satellites into the lower orbit fairly soon after they are replaced while healthier craft that still have reserve propellants and show a good performance will be kept around 20 Kilometers below the operational constellation to be available as spares in case there are any hold-ups with the deployment of the next generation satellites. These legacy satellites will be removed from their storage orbit once all 75 Iridium-NEXT satellites are in service.

The transition from the legacy constellation to Iridium-NEXT will also be the end of Iridium Flares, some of the most prominent phenomena in the night skies and an often-used photo scene. The flares are only a few seconds long and are the result of sunlight being reflected by the satellite’s door-sized antennas. Because the new satellites use vastly different antenna technology, Iridium flares will be a thing of the past once the last remaining satellite is removed from orbit.

Iridium-NEXT also facilitates three hosted payloads – two dedicated to global monitoring of ship and air traffic and the third comprising a series of sensors to establish an unprecedented Earth observation capability with a global revisit time of just two hours. Known as GEOScan, the instrument suite will be capable of global image collection, space environment measurements, sensing of atmospheric properties and delivering unique data on mass movements on Earth as well as the planet’s radiation imbalance which, up to this day, could not be measured directly but represents a key parameter for climate research.