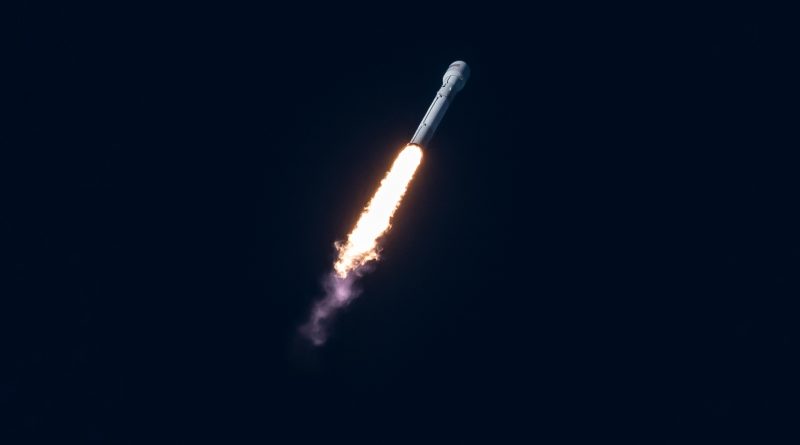 
Although Wednesday’s launch could not brag with another first stage recovery as Falcon 9 flew fully expendable, but it showcased SpaceX’s capability to deliver satellites on the heavy end of what is currently common on the commercial market. SpaceX’s competition like Ariane 5 and Atlas V regularly deliver satellites in the 6.6-metric ton range into GTO; SpaceX stated it had that capability as well but so far had only flown satellites up to 6,086kg into GTO and until Wednesday did not have the chance to showcase the full potential of the current Falcon 9.


Weighing in at 6,761 Kilograms, the craft employs a combination of wide and spotbeams in C-Band and large Ku coverage areas to deliver high-performance services with spot beams enabling data-intensive services like wireless backhaul, enterprise and mobility services in areas where weather patterns necessitate the use of the more robust C-Band spectrum. The Ku-Band payload delivers a customized high-power wide beam for Direct-to-Home Television distribution in the Caribbean, and services for mobility and government applications in Europe, the Caribbean, and Africa.


LC-39A supported a six-day turnaround for the Intelsat 35e Static Fire that occurred at dusk on Thursday and Falcon 9 was back on the pad Sunday for a launch attempt.