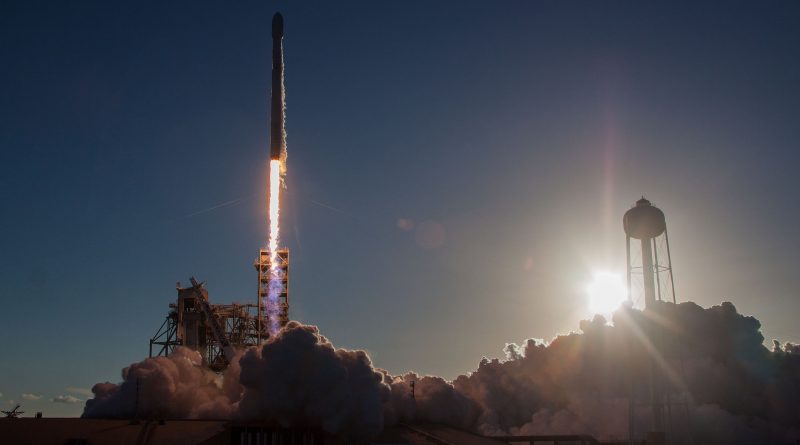 
The flight marked SpaceX’s third expendable launch in 2017 and pushed the record for Falcon 9’s heaviest Geotransfer mission that previously stood at 6,086 Kilograms. Thundering away from Florida’s Space Coast with a total thrust approaching 700 metric-ton-force, Falcon 9 fired its first stage for the first 163 seconds of the flight, accelerating the 70-meter tall rocket to 2.63 Kilometers per second.


This sub-GTO type orbit would have enabled Intelsat 35e to achieve its 15-year primary mission with its onboard propellant supply, but operator Intelsat was hoping Falcon 9 could provide some extra energy to gain additional propellant reserves on the satellite for a potential extended mission as today’s GEO satellites can typically outlive their 15-year lifetime specification if propellant is available.


Intelsat 35e, the fourth ‘Epic’ satellite with an advanced digital payload, employs a combination of wide and spotbeams in C-Band and large Ku coverage areas to deliver high-performance services with spot beams enabling data-intensive services like wireless backhaul, enterprise and mobility services in areas where weather patterns necessitate the use of the more robust C-Band spectrum. The Ku-Band payload delivers a customized high-power wide beam for Direct-to-Home Television distribution in the Caribbean, and services for mobility and government applications in Europe, the Caribbean, and Africa.