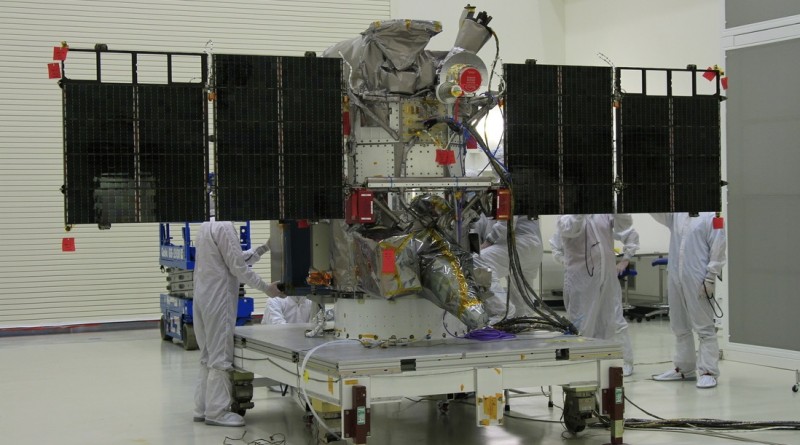 NASA released a second image of Earth that was among the first light shots of the Deep Space Climate Observatory which had arrived on station at the Sun-Earth Lagrange Point 1 in June and is currently being commissioned for its mission of delivering space weather data and advanced warnings of impending solar storms as well as having a watchful eye on Earth, gathering multi-band images of the entire sunlit face of Earth and radiometric measurements of the planet’s energy balance.

The first light image from DSCOVR was released last week and showed the Americas plus vast stretches of the Pacific and Atlantic Oceans including the waters of the Caribbean Islands that stand out by their color.

The newly released photo was taken on July 6 and shows Africa in the center of the frame. Clearly visible are the Sahara desert, the green rain forest to the south of the desert and the darker surface area of the southern half of Africa. The Nile River can be seen flowing to the Mediterranean Sea through Egypt. Central Europe makes an appearance at the top of the picture that stretches into Asia, showing a portion of India.

Snapping pretty pictures of the Earth is only a secondary mission of DSCOVR, the spacecraft’s primary task being the recording of space weather parameters.

Solar wind measurements from spacecraft at 1AU have been made over a period of decades, however, particle instrument limitations did not allow the observations of properties of the thermal solar wind particles in the kinetic regime which requires a measurement rate better than one reading per second. These measurements are critical in the understanding of the mechanisms behind the continuous heating of the solar winds as it propagates away from the sun.