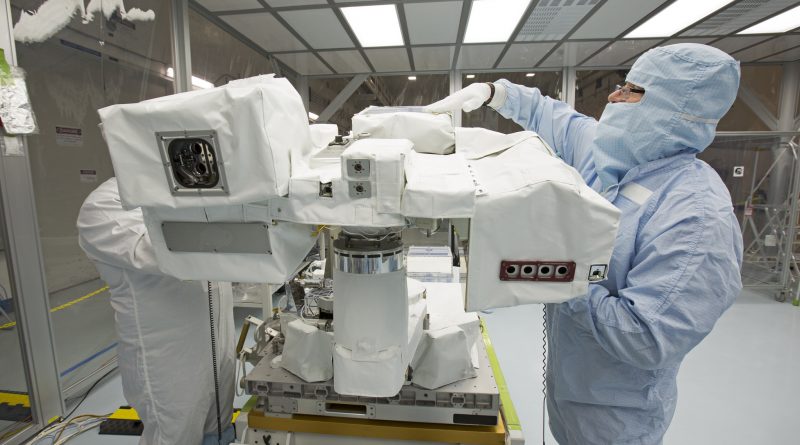 TSIS, the Total and Spectral Irradiance Sensor, undergoes final pre-launch processing at the Space Station Processing Facility at NASA’s Kennedy Space Center in preparation for a December 2017 liftoff aboard the Dragon SpX-13 cargo spacecraft. The TSIS facility will be measuring the total solar irradiance and spectrally-separated irradiances arriving at Earth to continue a long-term record of what are considered critical climate variables to understand the total input of energy into the Earth/Atmosphere System.