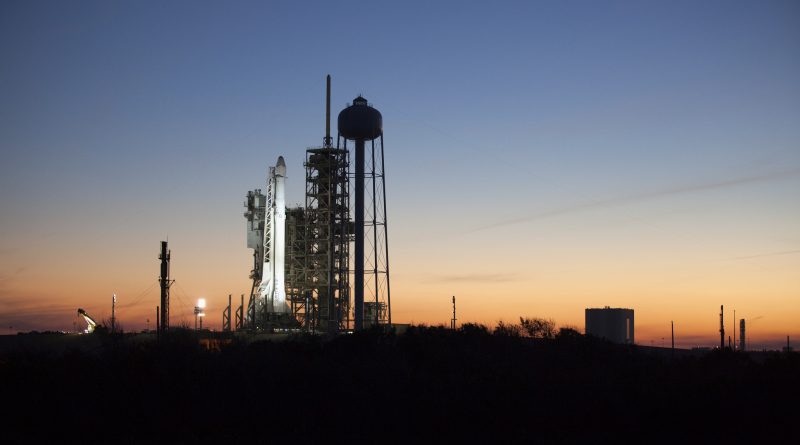 A SpaceX Falcon 9 rocket stands tall at Launch Complex 39A, awaiting its first launch from the Kennedy Space Center that will mark the revival of the historic LC-39A launch site that supported NASA’s Apollo missions to the lunar surface and the majority of Space Shuttle launches. Falcon 9 is set for liftoff with the Dragon SpX-10 cargo craft headed to the International Space Station, marking the first uncrewed launch from LC-39A in over four decades.