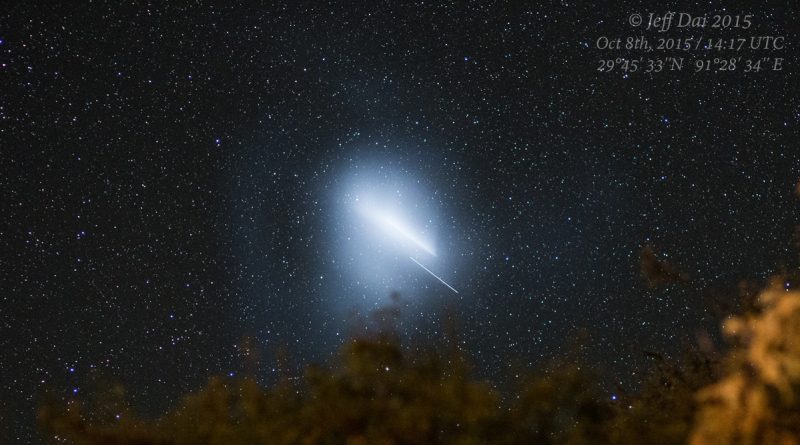 The classified NROL-55 payload operated by the United States National Reconnaissance Office has been observed in orbit by a worldwide network of satellite trackers, confirming the secret identity of the satellites as a pair of Naval Ocean Surveillance Satellites. Though the NRO keeps the identity of their satellites secret, the nature of this mission was very clear well ahead of Thursday’s launch taking into account the type of launch vehicle, the launch site and information on the ascent trajectory provided through navigational warnings.

Atlas V 401 lifted off from Vandenberg Air Force Base at 12:49:30 UTC on Thursday and swung to the south-west to fly a coast-hugging trajectory, streaking into the pre-dawn skies just off the Californian coast. As with all NRO missions, Atlas V headed into a News Blackout when its payload fairing separated, four and a half minutes into the flight.


The only information coming thereafter was the confirmation of launch success when the NROL-55 payload had been separated into its classified orbit.

Knowing prior to launch what was hidden under the Atlas V’s payload fairing allowed satellite trackers to publish search elements based on the standard insertion orbit of Naval Ocean Surveillance Satellites (NOSS) which had been used for all of the third generation of NOSS satellites.

A worldwide network of satellite trackers went into action when Atlas V raced uphill, getting ready to observe the expected trajectories the satellites would take.

First to spot signs of the NROL-55 launch were observers in China and Iran around 14:10 when the separated primary payloads and the Centaur upper stage passed overhead in slightly different orbits with Centaur in the midst of post-separation maneuvering (either as part of its avoidance maneuvers or to adjust its orbit for the separation of its secondary payloads.). Observers in Russia saw the signs of the final maneuvers performed by Centaur to finish its mission with the usual passivation procedure that vents down the tanks to place the stage in a passive state.

Trackers from multiple continents were in action throughout the overnight hours, collecting sightings of the satellites to permit a precise calculation of the satellite’s orbits – coordinated at the SeeSat-L board. Ted Molczan who regularly tracks the activities of classified satellites including their moves in orbit used data collected by himself and others to calculate the following orbits for the NOSS 3-7 satellite pair:

These orbits confirm the identity of NROL-55 as NOSS 3-7 beyond any doubts. The satellite pair will replace a NOSS duo launched in 2005, approaching the end of their mission in around seven months when the new satellites will take over. The purpose of the NOSS satellites is the location of foreign ships to deliver tactical information to United States intelligence agencies and the military. To accomplish their task of locating and monitoring ships, the NOSS satellites employ the time-difference-of-arrival by tracking the ship’s radio transmissions. A calculation of position requires multiple satellites to fly in a precise formation to calculate the relative geometry between the satellites and the ship through the time difference in the arrival of the signal.

This orbit is in-line with previous third generation NOSS launches as all entered orbits around 1,000 by 1,200km, 63.4° to avoid a phenomenon discovered during the initial operations of NOSS – a gradual increase in orbital eccentricity due to perturbations caused by Earth’s gravitational field. The new setup, as detailed by Ted Molczan, launches the satellites into an orbit with an argument of perigee near 180 degrees. The argument of perigee shifts gradually to 90 degrees and with that, the orbit becomes circular at 1,100 Kilometers around four years after launch. The orbital precession then continues and the orbit becomes elliptical again, reaching 1,000 by 1,200 km again after eight years, likely the operational life of the satellites.

In case of the NROL-36 mission of 2012, Centaur conducted two maneuvers to lower its orbit and slightly modify the orbital inclination – a technique that was again employed for the NROL-55 secondary mission. Though orbits for the CubeSats or Centaur are not released, trackers were able to spot the Centaur in the following orbit: