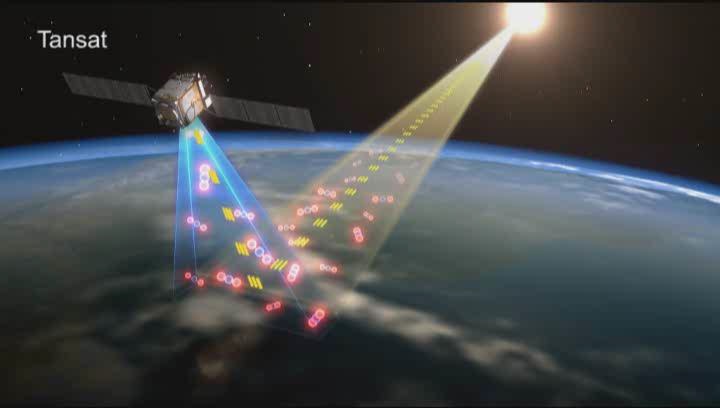 China will launch into orbit on Wednesday the country’s first mission dedicated to measuring Carbon Dioxide in Earth’s atmosphere to help understand its role in climate change processes.


As a primary driver in climate change, Greenhouse Gases have been an important aspect of scientific study and a number of spacecraft to measure their distribution and temporal variation have flown in recent years including hosted instruments on weather satellites and dedicated missions such as ESA’s Greenhouse Gases Observing Satellite and NASA’s Orbiting Carbon Observatory.

Since the industrial revolution in the first half of the 19th Century, global carbon dioxide concentration has increased by over 120 parts per million and the colorless & odorless gas is believed to be one of the major drivers in global warming.

The Paris Climate Agreement of 2015, ratified by 118 countries including China, calls for measures to “hold the increase in the global average temperature to well below 2 °C above pre-industrial levels.” For China in particular, this means a reduction of CO2 emissions by 60 percent per unit of GDP over the next decade and a half, taking 2005 levels as a basis.

The TanSat project is managed by the Chinese Academy of Sciences with two universities from the United Kingdom joining as international partners. NASA and China were also in discussion earlier in the year on a possible cooperation despite strict limitations placed upon bilateral cooperation between the U.S. and China.

The 620-Kilogram TanSat carries a pair of instruments – a high-resolution spectrometer tuned to the near-infrared absorption bands of carbon dioxide and a cloud & aerosol-sensing instrument to deliver correction data to allow the main instrument to achieve a very high accuracy of four parts per million (column-averaged CO2 dry air mole fraction).

TanSat is set for liftoff atop a Long March 2D rocket blasting off from the Jiuquan Satellite Launch Center around 19:15 UTC on Wednesday. The mission is targeting a 700-Kilometer Sun-Synchronous Orbit where it will operate for at least three years, collecting measurements of carbon dioxide across the globe with a revisit cycle of 16 days.

The TanSat project was initiated in 2011 to create a mission to study the global CO2 distribution, variations over time and its role in climate change phenomena while also possessing the ability to pin-point man-made CO2 sources such as factory complexes to identify where CO2 emissions have to be cut.

The main instrument of TanSat is CDS, the Carbon Dioxide Spectrometer – a three-channel spectrometer taking advantage of the 1.61 and 2.06-micrometer absorption bands of carbon dioxide and the 760-nanometer Oxygen A-Band. The ground resolution of the CDS instrument is 1 by 2 Kilometers across a 20-Kilometer wide swath; its carbon dioxide detection accuracy depends on the CAPI instrument which provides correction data for CDS.

CAPI is the Cloud and Aerosol Polarimetry Imager tasked with the collection of atmospheric data in five bands from the ultraviolet to the near-infrared concurrently with CDS to compensate for errors in spectral data caused by clouds and aerosols.

The combined TanSat instrument suite shall be able to provide CO2 measurements at an accuracy of at least 4 parts per million for the measurement of XCO2 (CO2 dry air mole fraction), though an accuracy of 1 ppm has been set as the goal for the mission.

TanSat will collect global CO2 measurements, typically operating in a nadir-pointed mode to collect strips of full-swath imagery while over land and using sun-glint observations when passing over the vast oceans. A target mode is available to allow the satellite to observe chosen targets from different angles to collect higher-quality measurements to identify sources and sinks of Carbon Dioxide, either of natural or man-made origin.

Wednesday’s launch from Jiuquan will mark the opening salvo in a busy end-of-year push by the Chinese with a total of four missions planned in the last ten days of 2016. Following TanSat’s launch, China will launch a Long March 2D from Taiyuan on December 26th carrying a pair of Gaojing high-resolution imaging satellites. On December 30, a Long March 3B will blast off from Xichang with the second TXJSSY ‘Experimental Communications Satellite, before operations return to Jiuquan for the final launch of 2016 involving China’s ‘Speedy Vessel’ – the Kuiazhou-1A rocket, set for liftoff on the 31st with a group of small satellites.