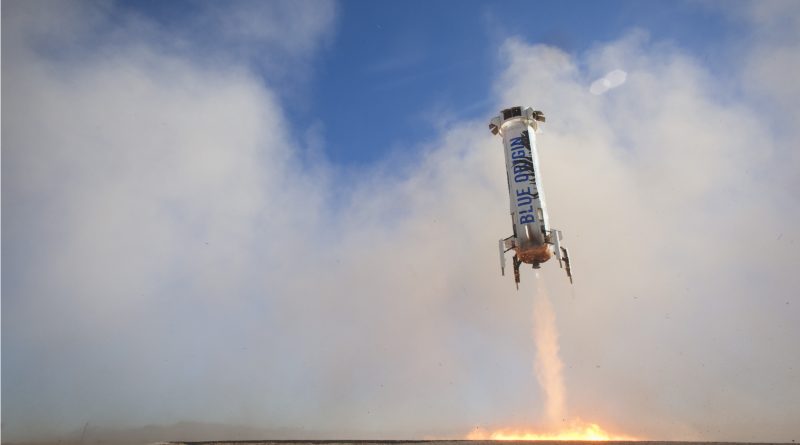 Blue Origin promised to provide a live webcast this Sunday of the company’s next sub-orbital test flight with the New Shepard launch vehicle.

The company hopes to advance the launch system and its Crew Capsule to be fully reusable for tourist and science missions to the edge of space and back.

A live webcast of a test flight marks another step in a new openness after Blue Origin’s efforts were kept under wraps for more than a decade.

Previous missions by Blue Origin were shrouded in secrecy with no prior announcement made for any launches.  The most recent New Shepard mission in April was announced in advance and company founder Jeff Bezos provided a play-by-play via Twitter. In March, journalists were invited to Blue Origin’s headquarters for the first time.

This new openness by the company indicates an increased confidence in the New Shepard launch system. The easiest way to gain trust across a diverse crowd of potential customers is transparency in the company’s efforts, aiming to become a leading space tourism provider in the not too distant future.

Bezos Tweeted on Thursday that the launch was being moved from Friday to Sunday to provide time for the replacement of a leaking O-Ring in the Crew Capsules Nitrogen Pressurization System.


Blue Origin hopes to start crewed test flights of New Shepard and its Crew Capsule in 2017 and beginning commercial services by 2018, lifting crews of up to six to the edge of space to enjoy the sight of Earth’s curvature and thin atmosphere out of panoramic windows – the largest ever flown into space.

Blue Origin is the sixth party to join the Flight Opportunities Program which was inaugurated in 2010. Masten Space Systems, Virgin Galactic and UP Aerospace are the other competitors using rocket-powered craft for sub-orbital missions while World View Enterprises and Near Space Corporation lift payloads on high-altitude balloons.

Sunday’s flight will mark the fourth mission of this New Shepard launch vehicle and the Crew Capsule sitting atop to further demonstrate the re-usability ambition for the sub-orbital mission hardware. This particular Propulsion Module flew for the first time in November 2015 and made a successful powered landing on a concrete pad using its BE-3 main engine. With minimal refurbishment, the vehicle returned to the launch pad in January and flew a similarly successful mission.

April’s mission marked the third for this vehicle, all three crossed the 100-Kilometer mark, generally considered the boundary of space. Over the course of the first three missions of the vehicle, Blue Origin continued to refine its landing techniques – avoiding last second course corrections when sufficiently close to the center of the landing pad and reducing the time the engine fires for the landing to increase propellant margins.

Blue Origin’s next mission will continue pushing the envelope, both for the Propulsion Module and the Crew Capsule.

Lifting off from its West Texas launch pad, the Propulsion Module will again be tasked with carrying the Crew Capsule to an apogee altitude of over 100 Kilometers, encountering a top speed of around Mach 4 along the way.

The Crew Capsule will separate from the Propulsion Module and use its Reaction Control System to set up for its descent from the edge of space. This mission will test a landing on two of the Capsule’s three parachutes, with one chute deliberately disabled to demonstrate the vehicle can land safely on two chutes.

The Propulsion Module’s descent will be much faster than that of the Crew Capsule, using eight air drag brakes to slow down and maneuver toward its landing pad before re-lighting the BE-3 engine. This flight will feature an even more aggressive landing maneuver with a larger tilt of the vehicle as it comes in for landing.

The live webcast of Sunday’s mission will be available at blueorigin.com