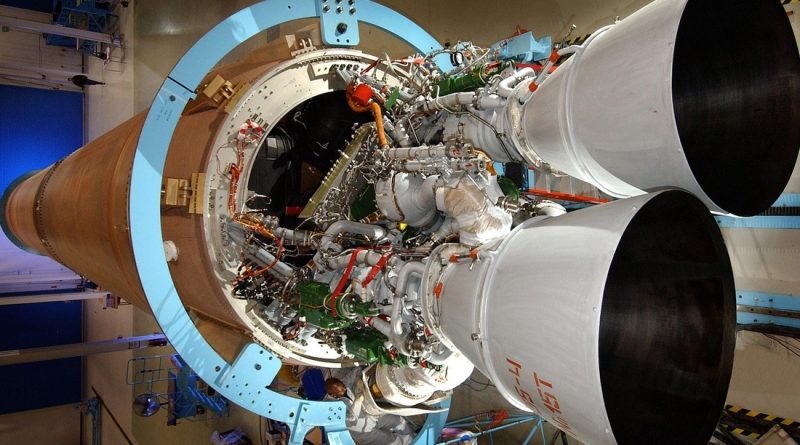 United Launch Alliance has isolated the root cause of the performance hit suffered by the Atlas V’s first stage in last month’s Cygnus OA-6 mission that left the Centaur upper stage only with seconds of fuel margin to send the cargo spacecraft on its way to the International Space Station.

In a press release issued on Friday, ULA identifies the Mixture Ratio Control Valve (MRCV) as the primary suspect. The MRCV is a key component of the rocket’s propulsion system, responsible for controlling the ratio of fuel and oxidizer flowing into the main engine. During the OA-6 mission, an anomaly related to the MRCV “caused a reduction in fuel flow during the boost phase of the flight,” ULA said in the press release.

During the March 22 mission, the Common Core Booster shut down nearly six seconds early, causing a significant performance hit that Centaur had to correct by extending the burn of its engine.


The trusted upper stage fired over a minute longer than planned and reached the target orbit with only a few dozen Kilograms of propellant margin. A detailed assessment of performance numbers and a look at how close the mission came to failure is available here.

The robustness of the Atlas V launch system and the performance margins for this particular flight enabled Cygnus to reach its planned orbit and deliver nearly 3,500 Kilograms of cargo to the International Space Station.

Having delivered Cygnus to its intended orbit, Atlas V was able to check off another success in a record of 62 launches that include two missions that achieved successful orbital deliveries despite onboard anomalies. A 2007 National Reconnaissance Office mission left its payload in a lower-than-planned orbit after the Centaur upper stage shut down prematurely due to a leaky valve. The mission was classed as a success since the NROL-30 satellite was able to make it to its target orbit.

No further details or possible causes of the MRCV issue were shared by United Launch Alliance.

Typically, RD-180 is operated at an oxidizer-to-fuel ratio of 2.53 to 2.91. The MRCV is used in tandem with the Thrust Control Regulator Valve for smooth throttling of the engine between 47 and 100%. RD-180 is capable of operating in a wide range of fuel/oxidizer mixture ratios owed to its robust design, making it possible for the engine to tolerate the operational environments associated with changes in O/F ratio such as more extreme combustion temperatures.

The MRCV is tested on the component level before being installed on the RD-180 engine. All engines undergo a hot-fire acceptance test of the integrated engine system prior to delivery.

This hot-fire acceptance test takes the RD-180 engine through a range of throttle settings as well as mixture ratio extremes, requiring the proper operation of the MRCV. It will be up to  engineers to determine when and where the fault occurring in the OA-6 mission was introduced into the system.

No comment on when the issue occurred during flight was made by ULA. Video of the launch shows a sudden change in the first stage’s exhaust plume approximately 30 seconds prior to the premature Booster Engine Cutoff. This would suggest that the operational parameters of the engine changed suddenly, but it is not confirmed that this change was indeed the onset of the fuel-flow restriction caused by the MRCV.

RD-180 manufacturer NPO Energomash formed an investigation committee to look into the MRCV issue. The company did not comment on the ULA press release.

With the culprit now identified, ULA will continue analyzing data collected during the mission and complete detailed inspections of the Mixture Ratio Control Valve and actuator on existing propulsion systems. These inspection procedures will be finished by early May to be implemented on the next Atlas V which was originally planned to launch in May but is now looking at an ‘early summer’ target.

The upcoming Atlas V begun assembly last week when the Common Core Booster was installed on the Mobile Launch Platform at Space Launch Complex 41. This week was spent adding five Solid Rocket Boosters to make this the most powerful Atlas V configuration as the next launch will be tasked with delivering the heavy MUOS 5 communications satellite to a Geostationary Transfer Orbit.

The Multi-User Objective System satellites are among the heaviest payloads lifted by the Atlas V and performance margins for this mission are most likely tighter than for Cygnus.

With the first stage in a vertical position, engineers can access the MRCV for additional inspections to confirm it and all associated components are ready to support the mission.

ULA noted that all customers on the Atlas V manifest for 2016 will be able to fly before the end of the year despite the multi-week delay to the MUOS 5 mission. Eight Atlas V missions are still on the books for 2016 including NASA’s OSIRIS-REx asteroid sample return mission that is set for liftoff on September 8 and only has a short launch period. Friday’s press release reaffirmed that the time-critical mission will be able to keep its original schedule.

The other payloads set for launch on the Atlas V this year include a two classified missions for the National Reconnaissance Office, the commercial WorldView-4 Earth imaging satellite, the GOES-R weather satellite, the SBIRS-GEO 3 missile detection spacecraft for the Air Force, and the Echostar 19 commercial communications satellite.

ULA’s next mission is scheduled for June 4 and will see a Delta IV Heavy rocket climb into the skies over Cape Canaveral to lift the classified NROL-37 payload into orbit. There is no impact to Delta IV operations as the MRCV is an isolated Atlas V issue.