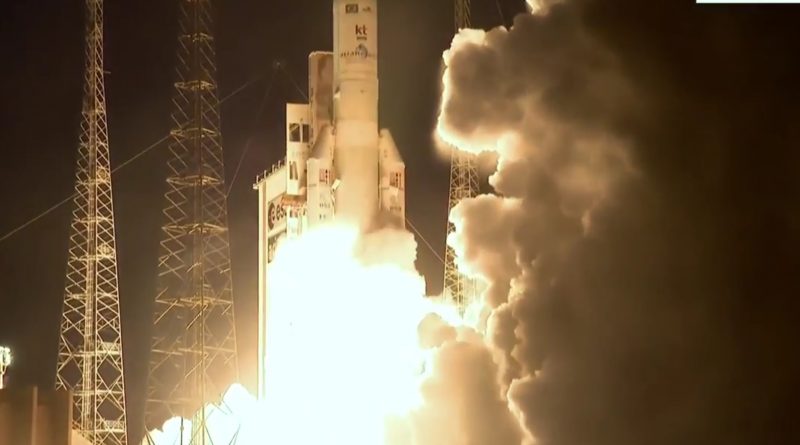 
Brazil’s SGDC satellite was first to depart the vehicle to begin a twofold mission of delivering nationwide Internet connectivity and providing encrypted communications for the government. Koreasat-7, riding in the lower payload berth, departed the rocket 37 minutes after launch to head off on a mission to deliver a variety of communications services as part of KT Sat’s fleet.


The two satellites launched on Thursday endured the delay atop the Ariane 5 rocket – hidden inside the Final Assembly Building and under protection by a detachment of the French Foreign Legion.


A zone of disturbed weather moved out just in time for the afternoon launch window, however, T-0 had to be pushed into the day’s window due to a delay in the tanking operation. A second hold was caused by a sensor within the ground-based Helium pressurization system that dropped offline and required workaround steps to recover the telemetry data – pushing the launch further into the window and after the local sunset time at 21:37 UTC.