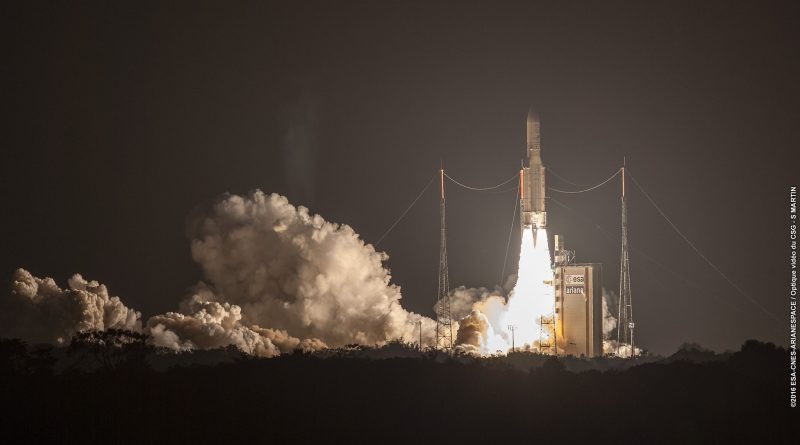 
Arcing into partly cloudy skies over its equatorial launch site, Ariane 5 reached the speed of sound within 49 seconds of liftoff, relying on its boosters to deliver over 90% of the rocket’s total thrust of 1,420 metric-ton-force. The launcher dropped its boosters two minutes and 22 seconds into the flight, having reached a speed of two Kilometers per second and an altitude of 70 Kilometers.