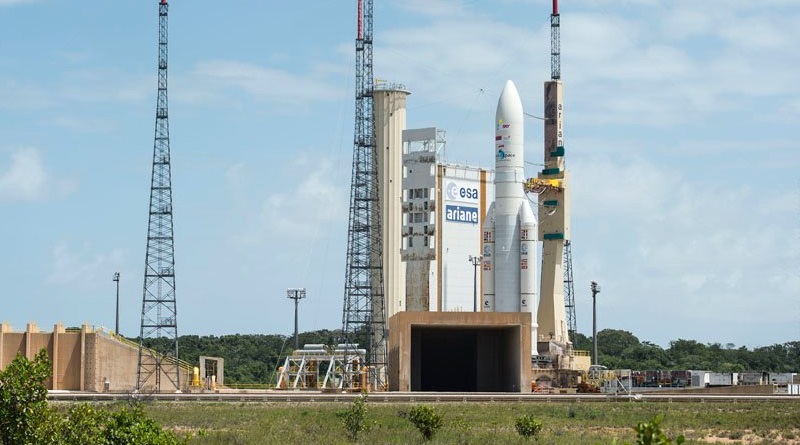 
Passengers of Tuesday’s Ariane 5 mission are SKY Brasil-1 operated by DirecTV Latin America and Telkom 3S for Indonesia’s state-owned PT Telekom. The launcher is carrying a total payload of 10,482 Kilograms including the two satellites and associated payload adapters hidden under the 17-meter tall payload fairing. SKY Brasil-1, the heavier of the two satellites weighing in at around six metric tons, is sitting in the upper payload berth while the 3,550kg Telkom 3S will make its way into orbit under the Sylda adapter that allows Ariane 5 to carry two satellites in a stacked configuration.