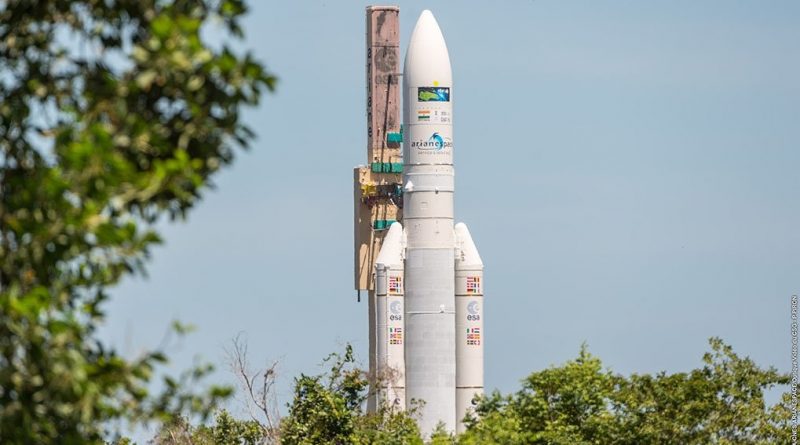 Liftoff from the equatorial launch site is set for a 75-minute window opening at 20:30 on Tuesday and Ariane will need 32 minutes to drop the two satellites off in their highly elliptical transfer orbits.

Sky Muster II, or more formally NBN Co 1B, is the second in a two-satellite constellation designed to deliver high-speed broadband to remote areas of Australia to bridge the digital divide and bring state-of-the-art connectivity to over 400,000 users that are not connected to equivalent terrestrial infrastructure. The A$2-billion project was initiated in 2012 when NBN (National Broadband Network) awarded Space Systems Loral of Palo Alto, California a contract to build both satellites.

Last week was dedicated to the last set of Mission Rehearsals and checkouts on the assembled Ariane 5 as well as arming pyrotechnics installed on the vehicle for separation events. The Launch Readiness Review was held on Friday and provided clearance for Monday’s rollout to the ELA-3 site to set up for an 11.5-hour countdown operation on Tuesday.