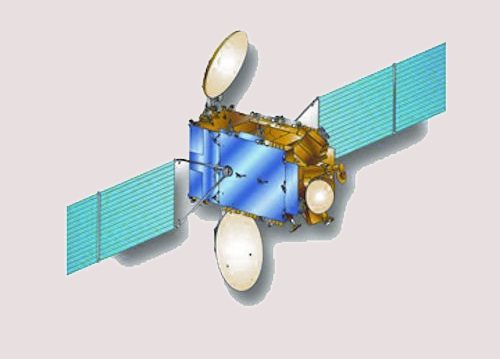 Satellite operator SES announced on Monday that the company’s AMC 9 communications satellite suffered “a significant anomaly” over the weekend and that customers were being transferred to alternate satellites to mitigate service outages as a result of the anomaly.

The Luxembourg-based company became aware of the incident Saturday morning (June 17) and immediately contacted customers with capacity on the 14-year old satellite that was stationed at 83 degrees West to deliver services to the continental United States and Mexico.

“SES is working closely with the manufacturer to establish the cause of the anomaly and is evaluating all satellite recovery options,” the company said in a statement. “The full impact of the anomaly is still being assessed.”


AMC 9, built by Alcatel Space (now Thales Alenia Space) based on the Spacebus-3000B3 platform, launched atop a Russian Proton rocket in June 2003 and was expected to operate for at least 15 years, delivering services to the United States, Mexico and the Caribbean. The satellite hosts 24 C-Band and 24 Ku-Band transponders for the provision of television distribution and communications services to government organizations and companies.

Orbital tracking data provided by the Joint Space Operations Center showed the AMC 9 satellite in a stable Geostationary Orbit of 35,775 by 35,798 Kilometers, inclined 0.017° as of Saturday, 6:06 UTC. The next tracking data set from Monday, 10:20 UTC shows the satellite in a 35,615 by 35,984-Kilometer, 0.028-degree orbit – strongly indicating Saturday’s anomaly involved some type of energetic event sufficient to nudge the satellite out of a fully synchronous orbit. Now orbiting an average of 13 Kilometers away from a synchronous orbit, AMC 9 is drifting at approximately 0.16 degrees per day.

The sudden change in the satellite’s orbit underlines the serious nature of Saturday’s anomaly though its cause could be in many of the spacecraft’s systems, including but not limited to a thruster misfire nudging the satellite out of its GEO box, some type of leak from a pressurized fuel or gas tank, a breach in a heat pipe, or an energetic event (i.e. explosion) of a battery or other electronic component. An outside cause like a debris or meteor impact can also not be ruled out at this point.


SES is sharing information on the satellite’s position and drift rate with other satellite operators that have spacecraft in AMC 9’s orbital neighborhood.

SES said most of the traffic carried by AMC 9 was being switched to other SES satellites and some customers would be transitioned to non-SES substitute satellites to avoid any lengthy service outages.


At present, it is unknown whether the satellite can be returned to service. SES said losing the satellite would cost the company around €20 million of projected 2017 revenue and a full loss would also result in a one-off impairment charge of €38 million.

If the satellite is deemed a complete loss, SES and Thales will likely attempt to maneuver the satellite out of its present orbit where it intersects the populated Geostationary Belt where the majority of the world’s TV and communications satellites reside as well as valuable weather assets. Typically, Geostationary satellites complete a maneuver at the end of their operational lives to move around 300 Kilometers above the GEO Belt where they will remain virtually indefinitely without posing a threat to active satellites. However, a maneuver of this kind requires a satellite to be still controllable from the ground.

Should no maneuver be possible, AMC 9 could join a group of uncontrollable satellites roaming through the Geostationary Belt. Zombies, as these satellites have become known, can be a potential danger to active satellites in Geostationary Orbit, requiring operators to track their movements and respond by re-positioning active birds within their GEO boxes to allow the Zombie to safely pass.

The industry-standard for Geostationary Communications satellites is a 15-year life time, but it is not common for satellites to outlive that expectation and continue operating several years longer; some satellite even reach their twenties. However, occasional failures before the 15-year mark is reached have not been unheard of, the most recent high-profile case being the Israeli AMOS-5 satellite that has been drifting since November 2015 and has already traversed a stretch of 100 degrees.