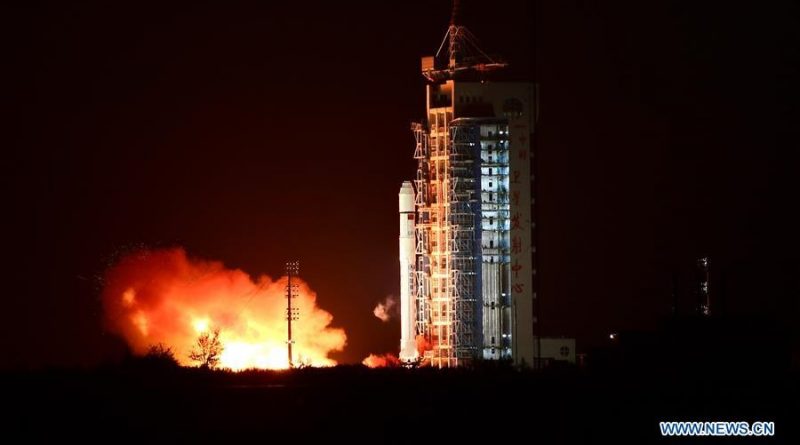 Long March 2D lifted off from the LC-43/603 launch complex at Jiuquan at 23:14 UTC on Friday, 7:14 a.m. local time Saturday morning and successfully lifted the satellite to an orbit over 700 Kilometers in altitude. It was the second launch from Jiuquan in a period of two days following the second Long March 11 mission that lifted the XPNAV-1 Pulsar Navigation Test Satellite and multiple secondary payloads into orbit.

No specifics on the Yunhai-1 (01) satellite are available other than it was built by the Shanghai Academy of Spaceflight Technology (SAST). According to the official launch announcement by Chinese state media, the satellite will be used for “observation of atmospheric, marine and space environment, disaster prevention and mitigation, and scientific experiments.”


The satellite’s name translates to Cloud-Sea and it is understood that it uses radio occultation measurements for cloud and atmospheric observations. It is likely that the Yunhai-1 component of the new low-orbiting constellation will be primarily used for data collection for the civilian sector while a second series of satellites will fly under the Yunhai-2 designation and collect data for use by the military, similar to the United States Defense Meteorological Satellite Program that is operated in strict separation to civilian programs.

This launch marked the 240th mission of a Long March rocket, it was China’s 18th launch of 2016 with several more expected before the end of the year.