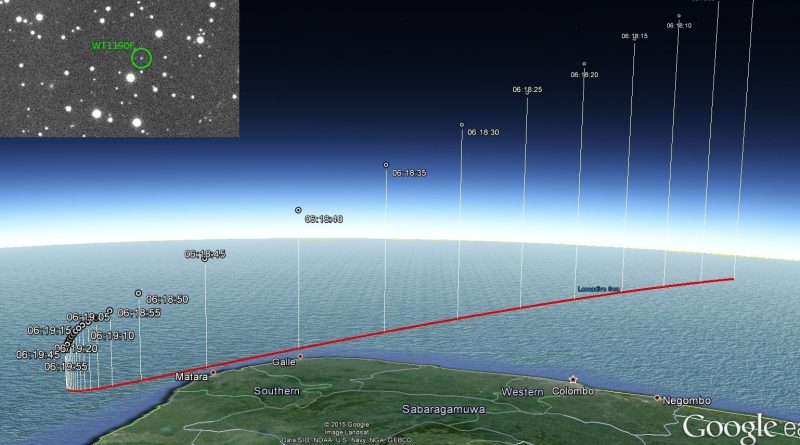 
What is known about WT1190F is that it is of low-density, around 0.1 grams per cubic centimeter – too low for it to be an asteroid. Also, its reflectivity indicates that the object is no more than a few meters across, though so far there has been no definitive measurement of its size. Estimates range from around one meter to three or four meters. Its orbit was highly elongated, taking the object around the Earth once every three weeks. Further tracking data revealed that trajectory of the object was influenced by solar radiation pressure, adding further proof of it being rather light.