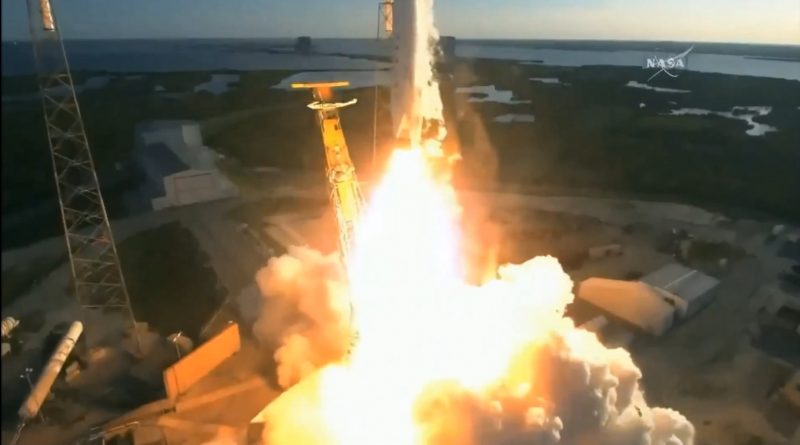 A SpaceX Falcon 9 raced into crystal-clear afternoon skies over Florida’s Cape Canaveral at 22:51:31 UTC on Wednesday, April 18, 2018 with NASA’s Transiting Exoplanet Surveying Satellite. TESS sets out to complete the first-ever comprehensive all-sky survey for exoplanets in Earth’s astronomical neighborhood to deliver a list of targets for follow-up study by current and future Earth- and space-based telescopes to identify potentially habitable worlds close to our own.

Lifting off from SLC-40, Falcon 9 successfully landed its first stage on SpaceX’s Autonomous Spaceport Drone Ship for future re-use while the rocket’s second stage pushed on toward orbit via two burns of its main engine to dispatch TESS into a highly elliptical orbit venturing out as far as three quarters of the distance of the moon. TESS was deployed from the second stage 49 minutes after liftoff into its planned orbit.