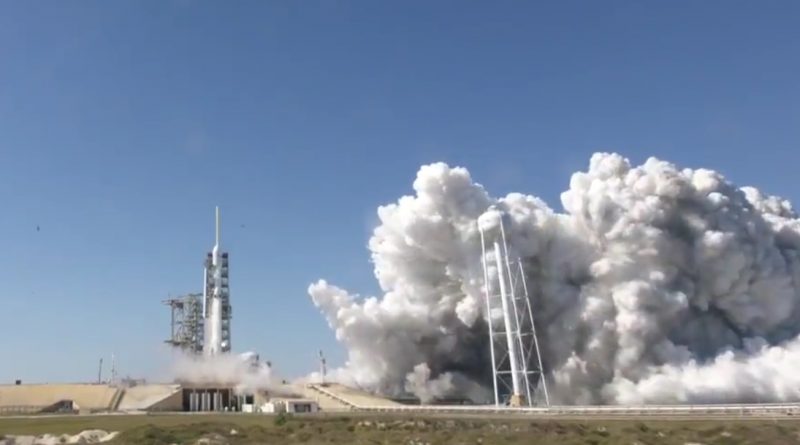 A large number of space reporters and enthusiasts were on hand for Wednesday’s Static Fire Test of SpaceX’s tri-core Falcon Heavy rocket, capturing the milestone from different perspectives.

Firing up its 27 Merlin engines at 17:30 UTC, Falcon Heavy sent a rumble across Cape Canaveral that appeared to surprise even seasoned space reporters as Falcon Heavy pumped over eighty metric tons through its engines over the course of the planned 12-second test. Falcon Heavy’s roar was heard nearly 50 Kilometers from Cape Canaveral and provided a preview of what’s in store for the rocket’s maiden launch. (Recap of Wednesday’s Static Fire Test)

My raw video of the #SpaceX Falcon Heavy static-fire at Kennedy Space Center. Come for the cloud plumes, stay for the sound.

A French space reporter just yelled "It's like the 4th of July!" pic.twitter.com/vJssukqgIz