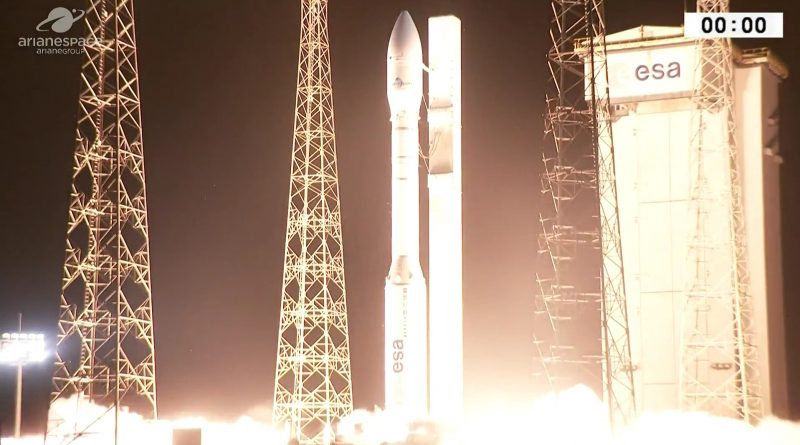 A European Vega rocket lifted off from the Guiana Space Center at 1:42:31 UTC on November 8, 2017 carrying into orbit the Mohammed VI-A satellite for the Kingdom of Morocco. The first large satellite project of the North African country, Mohammed VI-A will deliver high-resolution imagery for civilian benefits like environmental monitoring and mapping while doubling as a national security tool in border and coastal surveillance. This was the tenth launch for Arianespace in 2017 and the third for the light-lifter in the company’s rocket family.