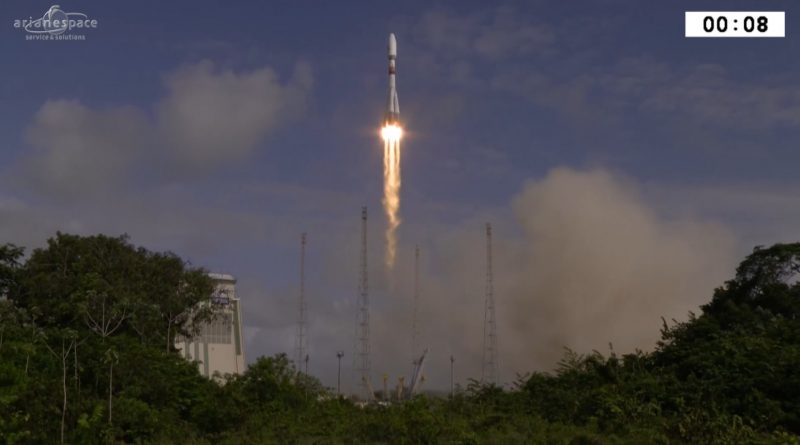 A Russian-built Soyuz Rocket lifted off from the Guiana Space Center at 11:54 UTC on May 18, 2017 – carrying out its second Geostationary Transfer Mission from Europe’s space port on the edge of the Amazon jungle. Riding atop the workhorse launcher was the SES-15 satellite hosting a hybrid communications payload to provide Internet and television services from a new orbital slot at 129 degrees West, plus GPS augmentation services over the United States.