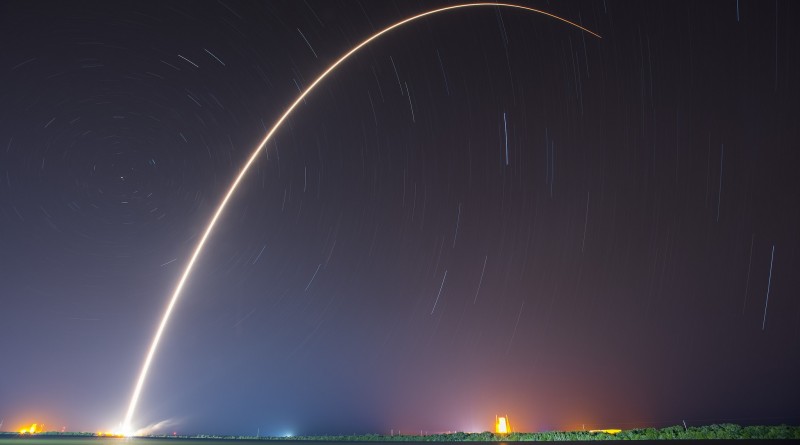 A SpaceX Falcon 9 rocket lifted off in the early hours on Friday from Cape Canaveral Air Force Station, completing a flawless ascent to Geostationary Transfer Orbit to deliver the JCSat-14 communications satellite. The first stage booster mastered a dead-center landing on the Autonomous Spaceport Drone Ship deployed to the Atlantic Ocean, becoming the first Falcon 9 to be successfully recovered after a high-energy return.