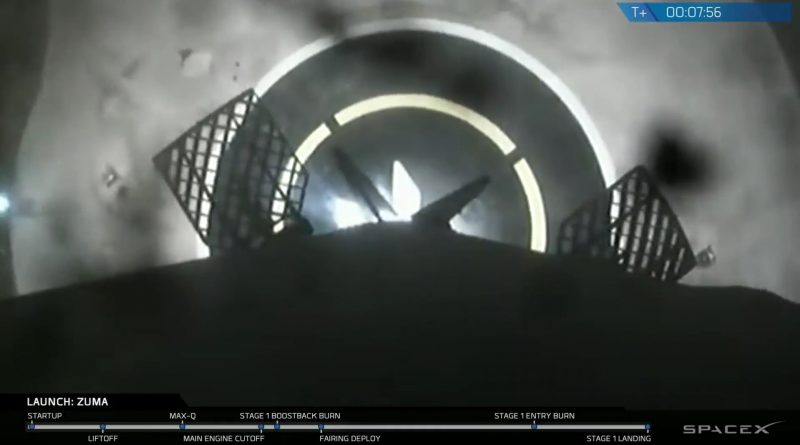 A SpaceX Falcon 9 rocket launched from SLC-40, Cape Canaveral Air Force Station at 1:00 UTC on January 8, 2018 with the classified Zuma payload for Northrop Grumman and an unnamed U.S. government agency. Opening a busy 2018 for SpaceX, Falcon 9 dispatched Zuma toward a secret orbit while the rocket’s first stage needed only eight minutes for its round-trip, making a soft touchdown at Cape Canaveral’s Landing Zone 1 to extend SpaceX’s success streak in the recovery department to 17.