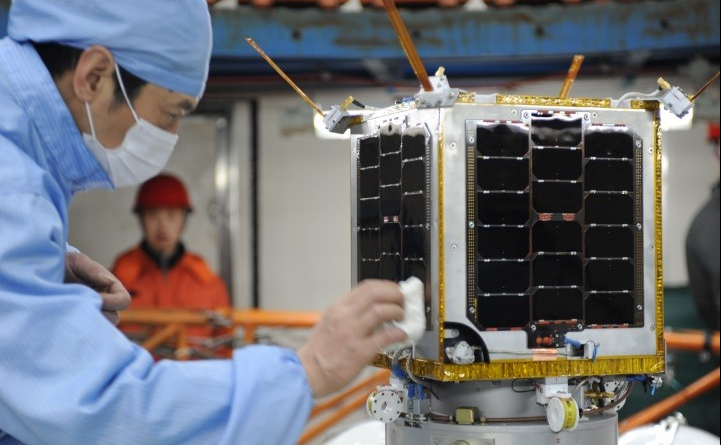 The VesselSat-2 ship-tracking spacecraft re-entered the atmosphere on October 27, 2016 after more than four and a half years in orbit.

VesselSat-2, operated by LuxSpace and Orbcomm, is a 28-Kilogram satellite outfitted with a ship-tracking payload. Built by LuxSpace, the satellite was used by Orbcomm to replace AIS (Automatic Identification System) capabilities of the failed Orbcomm-QL spacecraft. VesselSat-2 was launched on January 9, 2012 as a secondary payload on a Long March 4B rocket blasting off from the Taiyuan Satellite Launch Center.