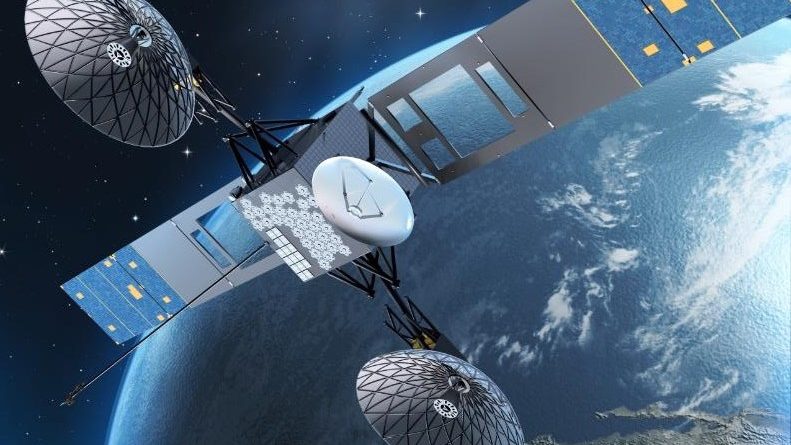 NASA’s TDRS-M satellite this week reached its high-altitude perch in Geosynchronous Orbit and completed all major deployment events on its solar arrays and antennas in preparation for a multi-month commissioning phase before entering an active role within the agency’s Tracking and Data Relay Satellite System.

TDRS-M is the 13th TDRSS satellite to reach orbit and the third and final in the program’s third generation that offers greater capacity than its predecessors to respond to growing communication demands, supporting 40+ NASA missions as well as other government satellites, commercial launch vehicles and airborne assets.

The 3,500-Kilogram satellite took flight at 12:29 UTC on Friday, August 18 atop an Atlas V 401 rocket blasting off from Cape Canaveral Air Force Station.


TDRS-M received a smooth ride atop the Atlas V workhorse that checked off its 72nd mission success – firing its RD-180-powered first stage for four minutes before the trusted Centaur upper stage took over for a customized two-burn mission design with a long 13.5-minute first burn into an initial orbit peaking 25,700 Kilometers in altitude followed by one and a half hours of passive flight to gain altitude ahead of a 56-second engine re-light to boost TDRS-M into its intended Geosynchronous Transfer Orbit.

Setting out on its mission, TDRS-M checked in with ground stations for a series of health checks that confirmed the Boeing-built satellite had arrived in orbit in excellent condition and was ready for its climb from an elliptical transfer orbit up to its operating post 35,800 Kilometers above the planet.

Tracking data provided by the Joint Space Operations Center showed the satellite in an initial orbit of 4,647 by 35,753 Kilometers at an inclination of 26.21°. Before starting its climb, the satellite freed up its two-large mesh antennas to take their parabolic shape while still remaining in the stowed configuration on the forward-facing side of the satellite.

Within three days of launch, TDRS-M had completed the first firing of its R-4D apogee engine, lifting the low point of the orbit to 10,560 Kilometers and shaving nine degrees off its orbital inclination.


The next apogee maneuver raised the orbit’s low point to 22,000 Kilometers and decreased the inclination to 10.6 degrees and was followed by another firing that brought the perigee to 32,050 Kilometers and further reduced the inclination to 7.7 degrees. Another main engine firing placed the satellite in a 35,290 by 35,786-Kilometer orbit, inclined 7.11 degrees – leaving only some fine-tuning to be completed to reach a synchronous orbit in tune with Earth’s rotation.

NASA announced on Monday that TDRS-M had achieved its planned GSO location and tracking data showed it in an orbit of 35,776 by 35,802 Kilometers, 7.0° at a position of 149.5 degrees west.

Having arrived in its planned checkout location, the 8.14-meter tall satellite began a complex deployment sequence. TDRS-M successfully deployed one of its 7.6-meter long solar arrays followed by the two 4.6-meter diameter single-access antennas each of which will be tasked with tracking a lower-orbiting spacecraft to provide a high-speed link in S/Ku/Ka-Band to relay vast amounts of data to the respective mission control centers. Afterwards, the satellite deployed its second solar array, the 1.9-meter Space-to-Ground Link Antenna and the omni-S-Band antenna that carries telemetry and commands for the TDRS satellite itself. All deployments went by the book, NASA reported, allowing TDRS-M to head into its four-to-five-month commissioning phase.

When commissioning is complete and the satellite is ready for service, it will be re-named TDRS-13 and drift into its initial operational location over the Atlantic coverage area to provide expansion capacity and TDRSS service extension through the 2020s to ensure the system can remain at full capacity through the International Space Station’s planned lifetime.


The most prominent user of TDRSS is the International Space Station, using high-rate communications to beam down a plethora of video and data feeds from dozens of scientific experiments on the inside and outside of the complex while low-rate communication links are used to provide a near-continuous voice link between Mission Control and the crew. TDRS also provides standard-of-living services for the crew like video-conferencing with their families, TV uplink and Internet access, using TDRS as a relay from the ground to a LEO spacecraft.

TDRSS offers single-access services for data-intensive missions and a phased array on the satellite’s Earth-facing side will provide multi-access links to several spacecraft at the same time. Each single-access antenna supports one spacecraft at a time, typically the ISS (when in view) and one other craft – used for high-data rate burst downlink of stored onboard data.