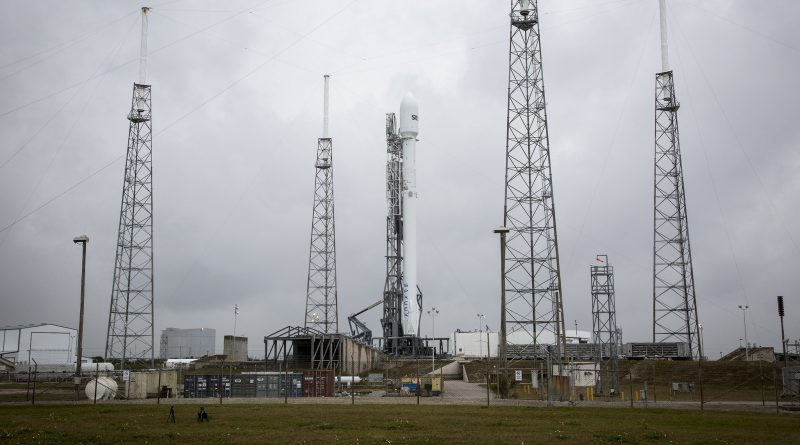 SpaceX has opted to delay the launch of the company’s Falcon 9 rocket with the SES-9 communications satellite to Thursday. The delay was called towards the tail end in the countdown to Wednesday’s planned 23:46 UTC liftoff from Florida’s Space Coast.

The delay was called as a measure of caution associated with ensuring the propellants are conditioned properly to maximize launch vehicle performance. Both, SpaceX and satellite operator SES said that the Falcon 9 rocket and SES-9 spacecraft were in a healthy condition and ready to support a launch attempt on Thursday.

Falcon 9 had been on the pad since Monday’s successful static fire test and received clearance for liftoff on Tuesday after a clean Launch Readiness Review. The 70-meter tall rocket and the SpaceX Launch Team headed into a multi-hour countdown on Wednesday to put the vehicle through extensive checkouts and reconfigurations for the fast-paced events of the final hour of the count.

As the second launch of the Falcon 9 FT version, this mission made use of a heavily modified countdown sequence to accommodate the use of sub-cooled Liquid Oxygen and chilled Rocket Propellant 1, requiring propellant loading to be completed as a rapid sequence to ensure the tanks would be at flight mass when reaching T-0.


Loading the rocket with 500 metric tons of supercold propellants in just half an hour is no small feat and the logical decision point on whether to commit to a given launch attempt comes at T-34 minutes, ahead of starting the complex fueling sequence.

By that point, Falcon 9 had completed all checkouts and reconfigurations to head into its Terminal Countdown Sequence. According to reports from the Cape, there were only minor technical issues during the countdown that were not of a serious nature and Falcon 9 was well-behaved as it headed towards fueling.

The SpaceX Launch Team called the launch delay at the Go/No Go Poll prior to propellant loading, canceling Wednesday’s launch attempt and opting to go for the backup launch slot on Thursday.

SpaceX said in a statement that the delay was called “out of an abundance of caution … to ensure liquid oxygen temperatures are as cold as possible in an effort to maximize performance of the vehicle.”

Because this mission is right on the upper end of Falcon 9’s payload capability, SpaceX is careful in ensuring the Liquid Oxygen is chilled down to the proper temperature to make sure the tanks of the vehicle will be able to hold sufficient oxidizer mass for the required mission performance.

Thursday’s Launch Window will open at 23:46:17 UTC and again is a little over one and a half hours in duration. Weather conditions are expected to improve as meteorologists call for an 80% chance of acceptable conditions in an improvement over Wednesday’s persistent winds and concerns associated with clouds. Skies are expected to clear throughout the day on Thursday as colder air flows into the area. Winds are also expected to decrease, however high ground winds peaking at 25KT are the primary concern for Thursday’s opportunity.

Rising from its pad with a total thrust of 694 metric-ton-force, Falcon 9 will begin heading to the south east to begin its high-speed delivery mission. SES-9 is the heaviest payload lifted to GTO by the Falcon 9 launch vehicle, requiring the entire performance of the launcher and leaving only a small margin for the return of the first stage booster.

The nine Merlin 1D engines on the first stage will fire until two minutes and 36 seconds into the flight ahead of stage separation four seconds later, clearing the way for the second stage to assume control of the flight. Firing the MVac engine for a little over six minutes will push the stack into a Low Earth Parking Orbit ahead of an 18-minute coast phase to set up the proper insertion parameters for the second burn.

The critical engine re-start will occur 27 minutes into the flight and Falcon 9 will fire until depletion, squeezing out the maximum performance of the second stage to lift SES-9 to as high an orbit as possible. SES-9 will be dispatched 31 minutes after launch to begin its 15-year mission to deliver TV and high-speed data services to millions of customers in the Asia-Pacific Region.

The Falcon 9 booster is set for another return attempt, aiming for the Autonomous Spaceport Drone Ship “Of Course I Still Love You” located 660 Kilometers from the launch site. Due to the high energy required for this mission, the hopes for achieving SpaceX’s first successful sea-based landing are rather slim.