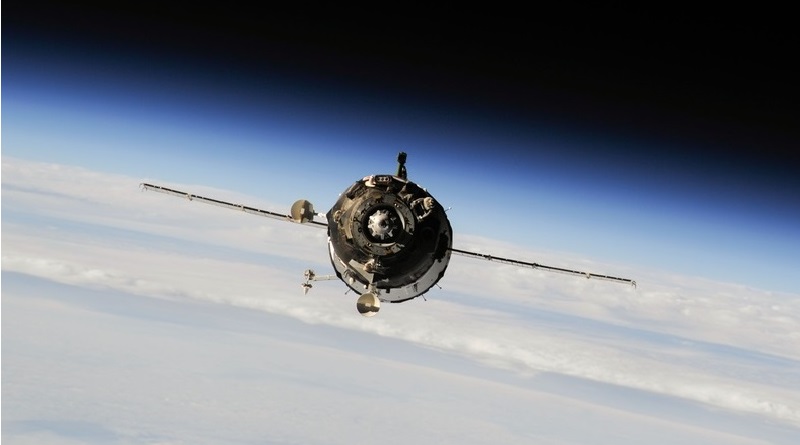 The flight of Soyuz TMA-18M to the International Space Station continues on track for a docking early on Friday to mark the arrival of ISS Expedition 45/46 crew member Sergei Volkov and short-duration visitors Andreas Mogensen and Aidyn Aimbetov. The spacecraft blasted off atop a Soyuz FG rocket on Wednesday and entered a low orbit to catch up with the International Space Station through a set of orbital maneuvers that were begun shortly after launch. Docking to the Poisk Module is expected around 7:35 UTC according to the latest ballistics calculation.

The three Soyuz TMA-18M crew members, three-time Soyuz commander Volkov and space rookies Mogensen and Aimbetov, climbed aboard their vehicle in the early hours on Wednesday, sitting atop 274 metric tons of energetic propellants to await their thundering liftoff. Their Soyuz rocket and spacecraft performed very well throughout the countdown and the crew received the green light for an on-time blastoff taking place at 4:37:43.233 UTC. Their ride aboard the Soyuz was very smooth.