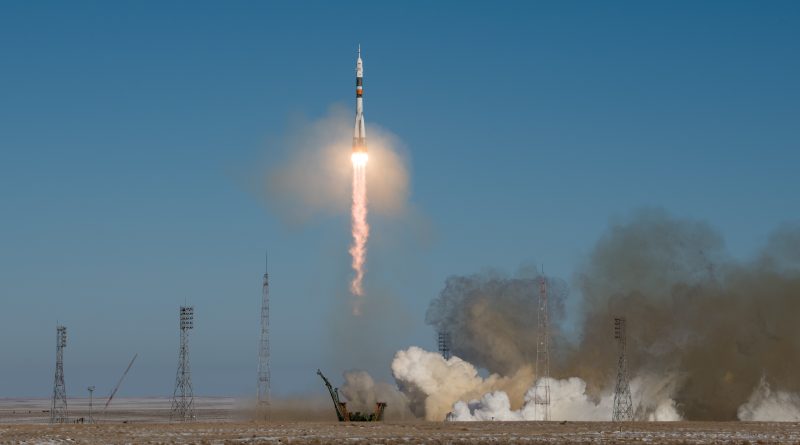 
If all goes well, Soyuz MS-07 will be inbound for an automated docking maneuver to the Space Station’s Rassvet module at 8:43 UTC on Tuesday to deliver the second half of the Expedition 54 crew to their home in space.


However, a benefit of a rapid-fire crew rotation with one Soyuz departing and another arriving five days later is a shortened three-crew operations phase aboard ISS, allowing more science to be completed with additional hands arriving earlier.


The crew’s long launch day started around nine hours before liftoff with the typical routine of a last shower in the comforts of gravity and having breakfast at the Cosmonaut Hotel before receiving the traditional blessing when departing for Site 254 of the Cosmodrome. There, the three crewmen donned their Sokol Launch and Entry Suits and had the chance of a final face-to-face conversation with friends and family members while also undergoing leak checks on their suits before departing for the Site 1/5 launch pad that has been the primary on-ramp to space for crewed missions from Baikonur for over five decades.