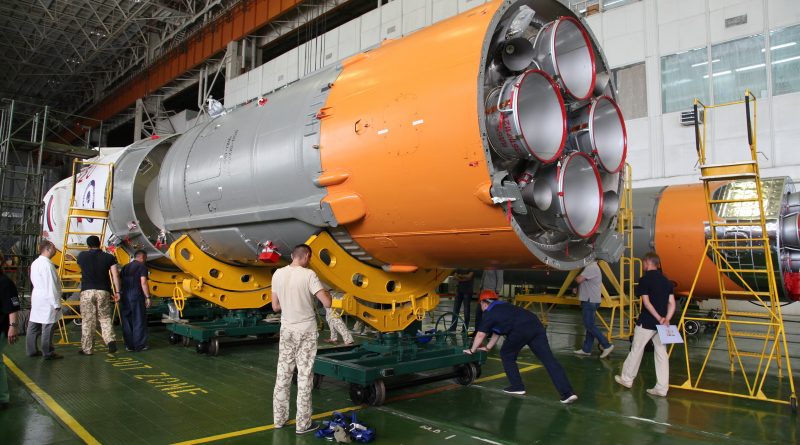 Engineers at the MIK Launcher Vehicle Integration Facility complete assembly of the Soyuz FG launch vehicle set to take the ISS Expedition 52/53 crew into orbit on July 28, 2017. Final assembly steps included the installation of the Launch Escape Tower on the encapsulated Soyuz spacecraft, mating the spacecraft with the rocket’s Block I third state and connecting the Block I with the Block A core stage that had its four boosters installed earlier.