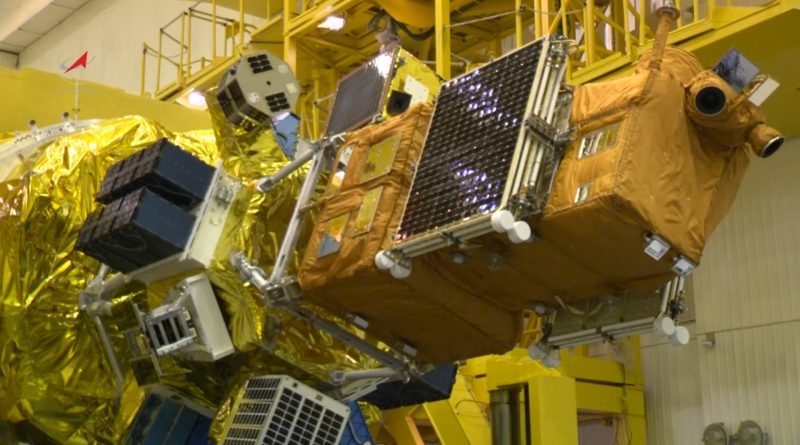 73 Satellites have taken their spots on a purpose-built dispenser to ride into orbit atop a Soyuz 2-1A rocket conducting the first non-ISS Soyuz launch from Baikonur in 2017. The payload stack is topped by the Kanopus V-IK remote sensing satellite, five non-CubeSat micro satellites reside on the lower tier of the dispenser along with CubeSat deployers holding a total of 67 CubeSats between one and six units for a total of 220 CubeSat Units.