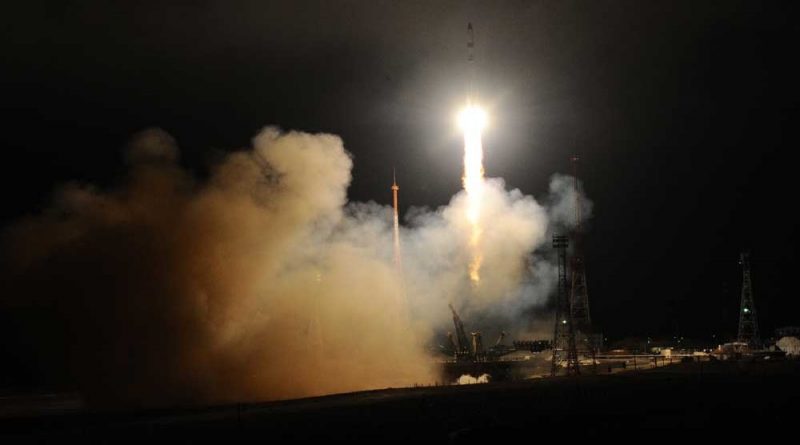 
Soyuz delivered a flawless performance, shutting down its third stage eight minutes and 46 seconds after liftoff with spacecraft separation taking place two seconds later to send Progress MS-02 on its way for a two-day chase of the Space Station to provide engineers with an opportunity of conducting detailed in-flight testing of the new MS systems, flying for the second time on this mission.