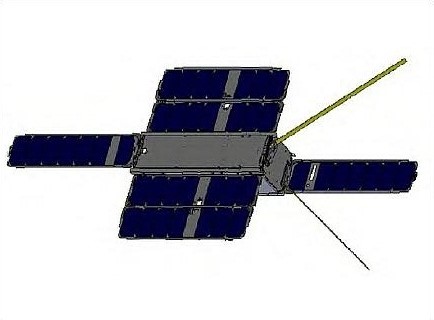 The STARE B (Horus) satellite, launched on a Minotaur rocket as part of the ORS-3 cluster mission, re-entered on April 26, 2018 after four and a half years in orbit.

A 3U CubeSat, STARE B is the second in a series of Space-Based Telescopes for Actionable Refinement of Ephemeris spacecraft. The satellite weighs 4 Kilograms and features four deployable solar arrays. It is carrying an optical imaging payload that will be used to track space debris and other objects in orbit.

The satellite uses a full set of reaction wheels for precise attitude control and pointing for imagery acquisition as well as an improved imager. The satellite builds on the STARE A mission that launched in 2012. The project is managed by the Lawrence Livermore National Laboratories.