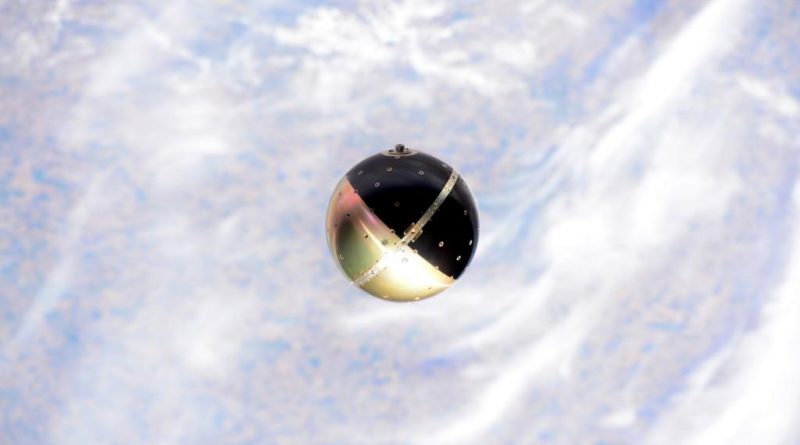 The spherical SpinSat satellite of the U.S. Naval Research Laboratory re-entered the atmosphere on March 13, 2017 two and a half years after being released from the International Space Station, marking the first time a non-CubeSat was deployed by the Station’s robots (utilizing the SSIKLOPS deployment mechanism).

SpinSat is a project of the Naval Research Laboratory and Digital Solid State Propulsion LLC. The 57-Kilograms SpinSat spacecraft is spherical in shape with a diameter of 55.8 centimeters. Its mission is to demonstrate ESP (Electrically -controlled Solid Propellant) technology in space and to provide a calibrated drag experiment for the measurement of the total neutral atmospheric density. The project builds on the ANDE (Atmospheric Neutral Density Experiment) missions that flew in 2006 and 2009.