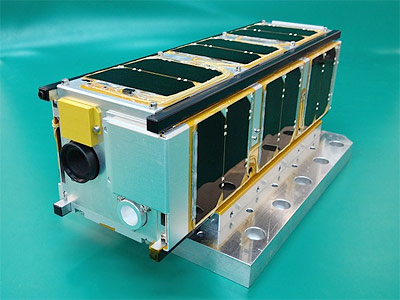 The Shootingstar Sensing Satellite also called S-CUBE or S³ is a 3-Unit CubeSat, measuring 30 by 10 by 10 centimeters in size with a total mass of 3.99 Kilograms. Its primary objective is the detection of shooting stars from Low Earth Orbit to demonstrate the use of a CubeSat in the field of planetary science. Outfitted with different detection systems, S³ aims to measure the ultraviolet signature of meteors, collect visible imagery of meteors from orbit and obtain information on the size distribution and composition of meteors. S³ is a project of the Planetary Exploration Research Center (PERC) of the Chiba Institute of Technology and Tohoku University.