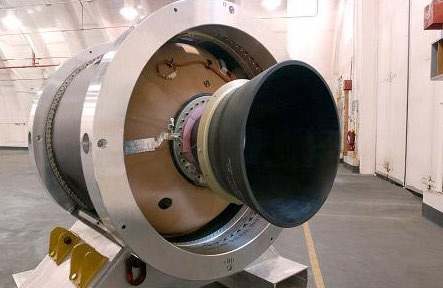 The fourth stage of a modified Minotaur IV rocket re-entered the atmosphere on September 1st, 2017 after only six days in orbit. Minotaur IV – flying in a one-off configuration with two Orion 38 upper stage – blasted off from Cape Canaveral on August 26 with the ORS-5 mission, comprising the SensorSat main payload and a group of CubeSats. Making its first liftoff from Cape Canaveral, Minotaur IV fired its three Peacekeeper stages in close succession while the first Orion 38 placed the stack into a Low Earth Orbit of 400 x 600 Kilometers, inclined 24.5° where the CubeSats were released followed by the second Orion 38 that accomplished a major plane change to deliver SensorSat into a zero-inclination orbit at 600 Kilometers from where it can stare up toward Geostationary Orbit to monitor activity in this vital orbital regime.

Technical Description: Serving as a fourth stage on Minotaur I is an ATK Orion 38 solid rocket motor which measures 1.34 meters in length and 0.97 meters in diameter.

It weighs 872.3 Kilograms when loaded with 770.2 Kilograms of QDL-1 propellant. Orion 38 operates at a pressure of 45.5 bar to create an average thrust of 32.7 Kilonewtons, peaking at 36.9 Kilonewtons. It also uses an electromechanical Thrust Vector Control System to gimbal the engine nozzle by up to 5 degrees for pitch and yaw control.