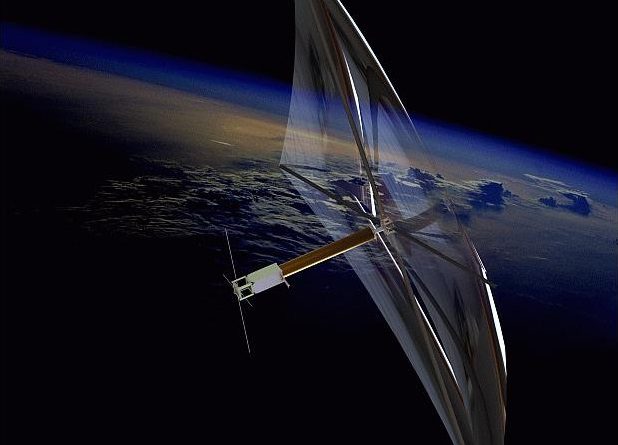 The InflateSail CubeSat successfully concluded its mission with a speedy orbital decay, culminating with atmospheric entry on September 3, 2017 after two and a half months in orbit – demonstrating a passive deorbiting device that could be a solution for future space debris mitigation.

The 3.2-Kilogram, 3-Unit CubeSat flew under the framework of the QB50 initiative as one of several technology demonstration missions, lifting off atop an Indian PSLV rocket on June 23, 2017 and entering an orbit of 495 by 515 Kilometers. Just an hour into its mission, the satellite inflated a one-meter long boom using a 45 µm thick metal-polymer laminate and strain rigidization to create a rigid distancing boom for the ten-square-meter sail itself, deploying via four tape springs unrolled by an electrical motor. Over the course of the 72-day descent toward the atmosphere, and especially in its final days, InflateSail was tracked by radio amateurs across the globe to provide telemetry data to allow for an assessment of sail performance (in addition to orbital tracking that showed the craft’s decay.)