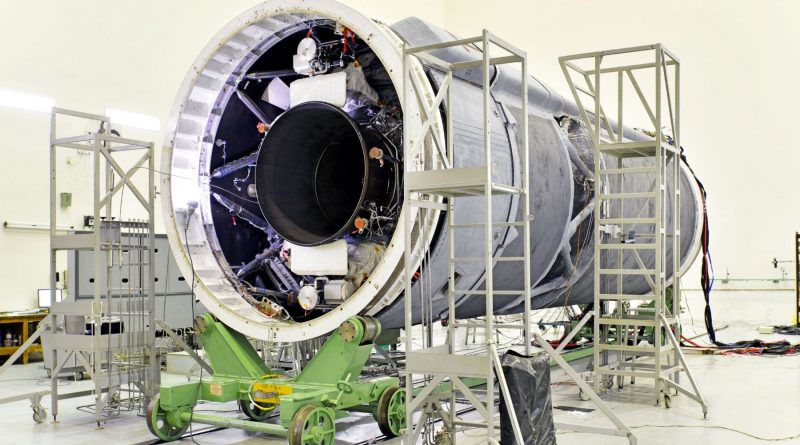 The third stage of an Indian Geosynchronous Satellite Launch Vehicle Mk. II rocket re-entered the atmosphere on October 10, 2017 after spending just over five months spiraling down from a Geostationary Transfer Orbit. GSLV’s Cryogenic Upper Stage known as C15 is 2.8 meters in diameter and 8.7 meters long with an inert mass of around 2.5 metric tons, using aluminum alloy for its tanks and structural frame with one CE-7.5 engine sitting at the base of the stage.