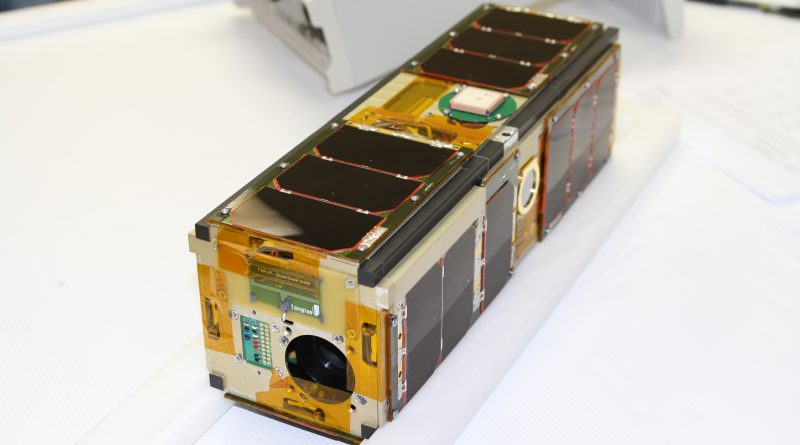 The BEVO 2 CubeSat from Texas A&M re-entered the atmosphere in June 2017 after close to a year and a half years in orbit following deployment from the AggieSat4 micro satellite which itself was deployed from the International Space Station in January 2016.

The 4.2-Kilogram BEVO-2 satellite uses the 3U CubeSat Form Factor, 10 x 10 x 34 centimeters, employing an ISIPOD for deployment from AggieSat4. The satellite features 24 solar cells installed on its external panels to deliver power to 6 batteries operating at a voltage of 7.4 V.

BEVO-2 has four deployable radio antennas and GPS patch antennas. Attitude determination is accomplished with gyroscopes, magnetometers, a star tracker and sun sensor while attitude actuation employs reaction wheels and magnetic torquers. To connect with AggieSat4 for the exchange of navigation data, the spacecraft hosts a crosslink radio unit while communications with the ground make use of a UHF/VHF terminal for data downlink and command uplink.

The satellite is outfitted with a cold gas thruster module holding 90 grams of Dupont R-236fa refrigerant stored at pressure to be released for maneuvers of the satellite for stationkeeping and rendezvous exercises with AggieSat4.