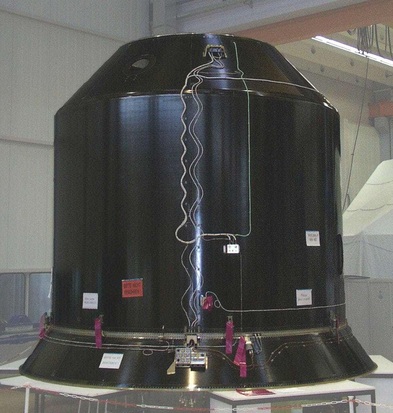 A discarded Ariane 5 Sylda payload adapter placed into orbit in 2007 re-entered the atmosphere on April 3, 2018 after a decade-long drop from a highly elliptical Geostationary Transfer Orbit, having helped put a pair of communications satellites into orbit plus two missile early warning demonstration spacecraft.

Sylda is one of the critical elements of Ariane’s mission architecture as it allows two sizeable communications satellites to be launched in a stacked configuration without the need for adapter hardware between the two satellites themselves. It consists of a cylindrical section of varying height, housing the lower-passenger satellite which directly interfaces with the second stage of the launch vehicle while the upper-berth passenger is facilitated on a standard payload adapter atop the cylindrical section.