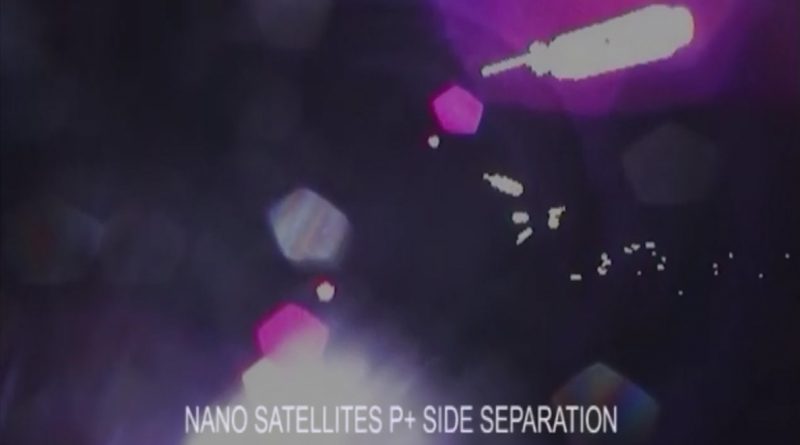 
The low-frame rate video released by ISRO a few hours after the morning liftoff showed the separation of the four ground-lit and twin air-lit boosters that gave the rocket the required kick to lift its 1,378-Kilogram payload into orbit, comprised of satellites ranging from 2.4 meters in size down to just ten centimeters.