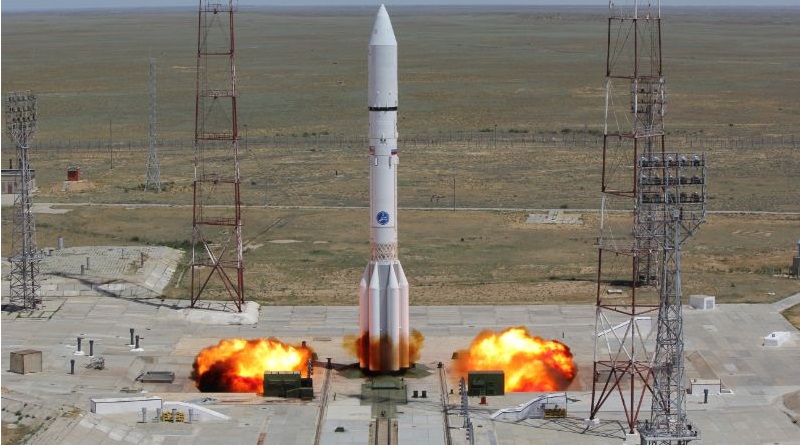 
The flight seemed uneventful as the payload unit was separated into a sub-orbital trajectory nine minutes and 42 seconds after liftoff, however, a telemetry display published by Proton-builder Khrunichev showed that the vehicle was 28.2 meters per second short of its expected insertion velocity. In the last five years, no Proton mission showed this large a discrepancy at third stage shutdown with typical deviations only around 1m/s.