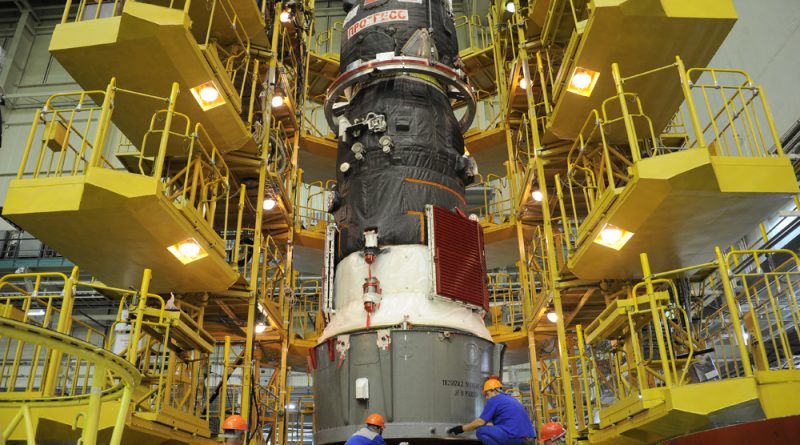 The Progress MS-06 cargo resupply spacecraft completes pre-launch processing steps at Site 254 at the Baikonur Cosmodrome in preparation for a June 14, 2017 liftoff atop a Soyuz 2-1A launch vehicle to deliver 2.5 metric tons of cargo to the International Space Station.

Fully fueled for flight & loaded with water and pressurized gases, Progress MS-06 returned to the processing facility on May 31st to complete final cargo loading and functional tests before being attached to its Payload Adapter on June 5. The next day, engineers completed the final check-inspection of the spacecraft and, on June 7, rotated the spacecraft to a horizontal position for the encapsulation in the protective launch shroud. The next step will be transporting the encapsulated spacecraft over to the MIK Launcher Integration Facility for installation on the Soyuz 2-1A launch vehicle.